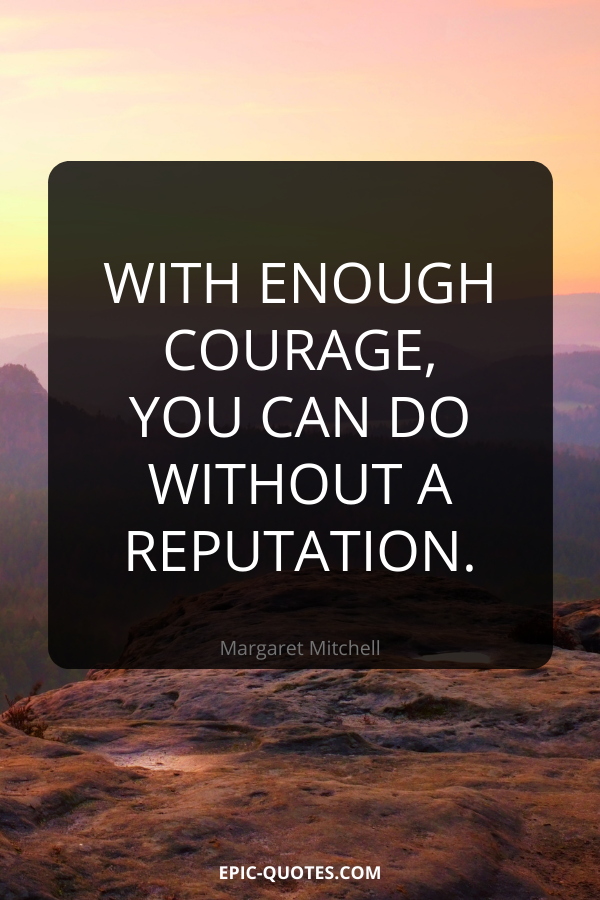 With enough courage, you can do without a reputation. -Margaret Mitchell 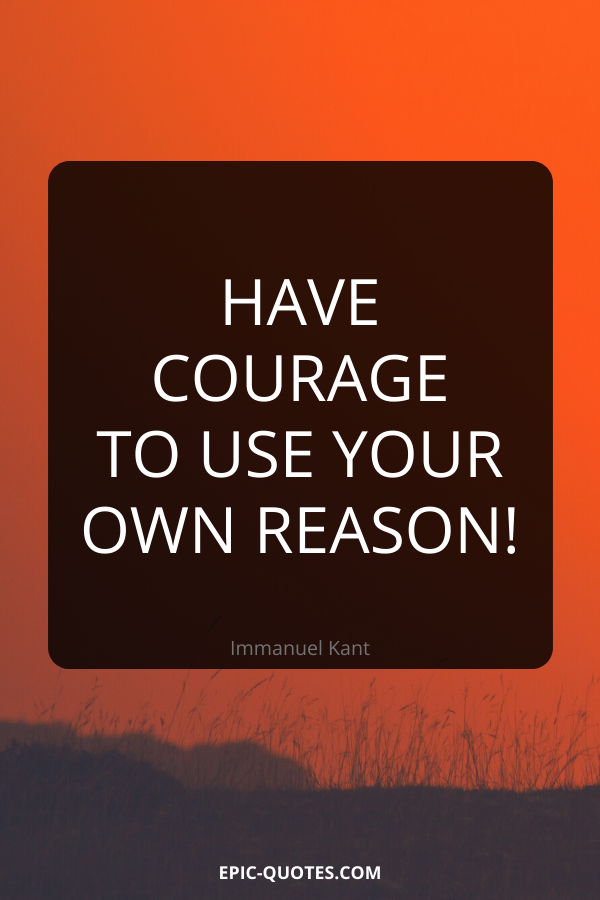 Have courage to use your own reason! -Immanuel Kant 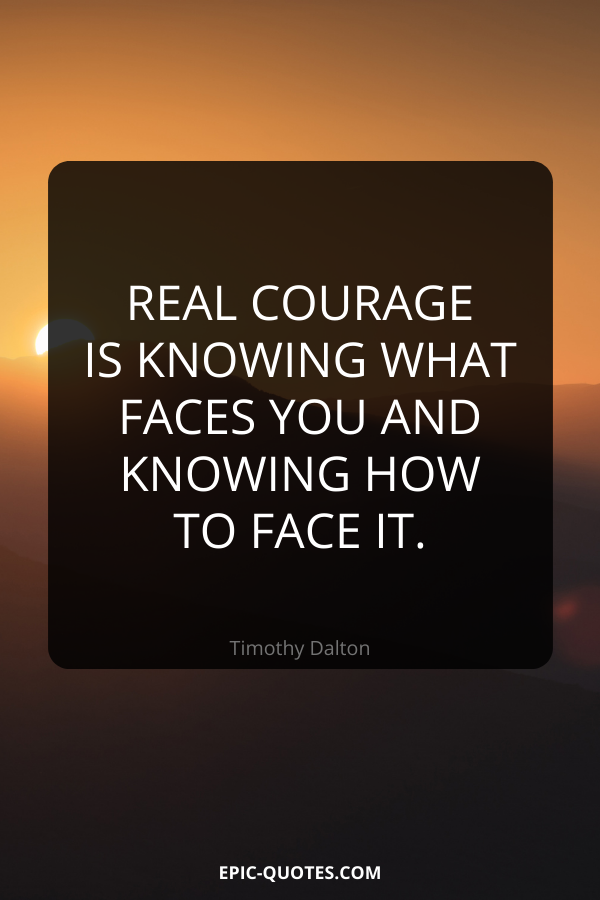 Real courage is knowing what faces you and knowing how to face it. -Timothy Dalton 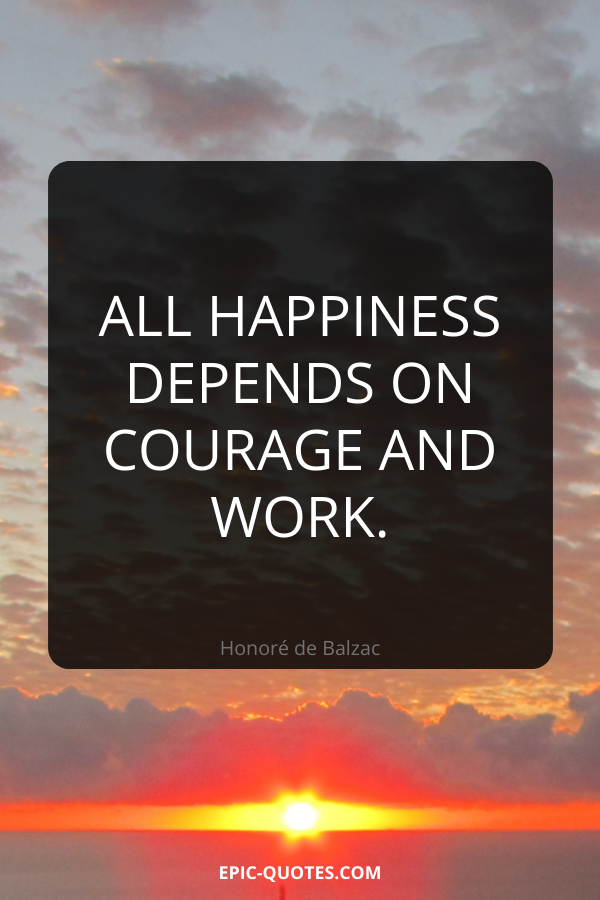 All happiness depends on courage and work. -Honoré de Balzac 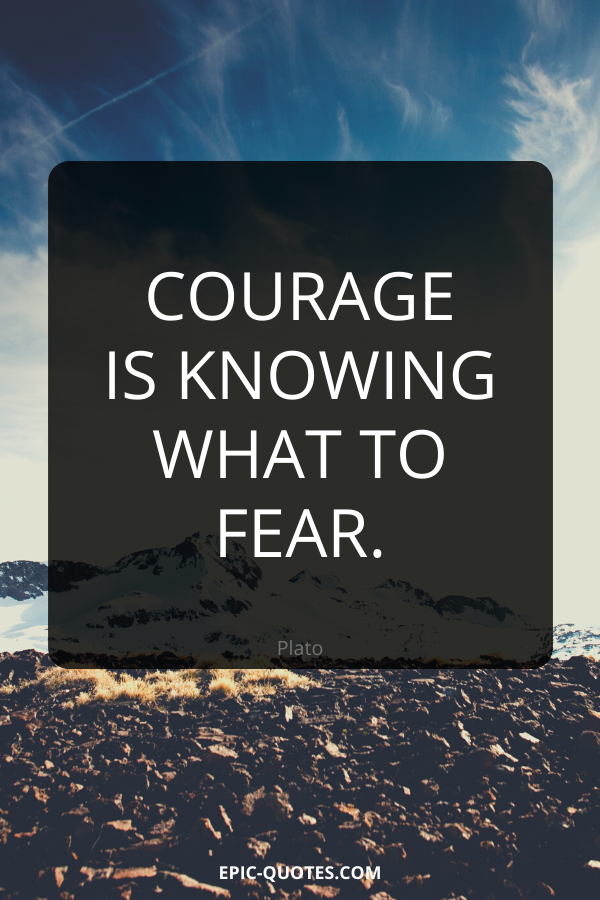 Courage is knowing what to fear. -Plato 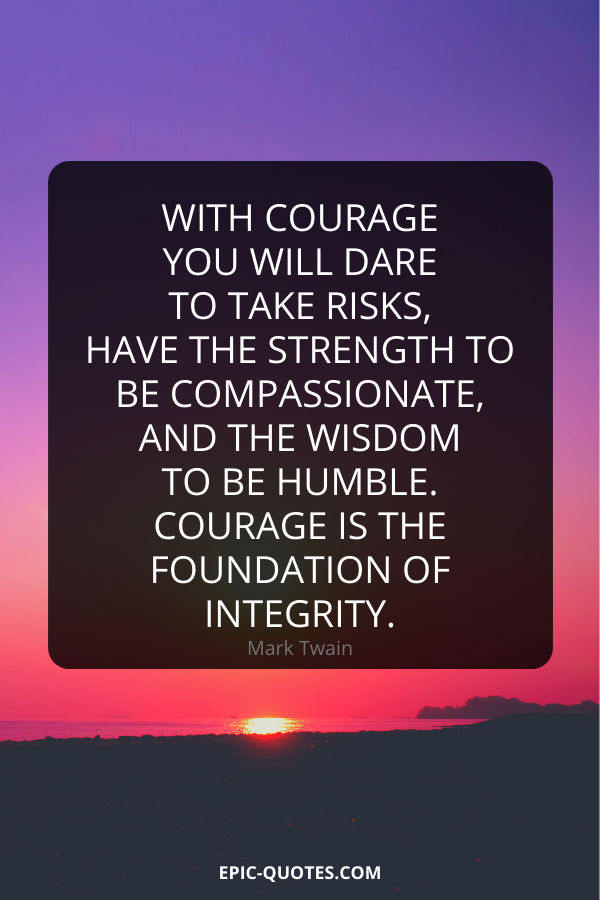 With courage you will dare to take risks, have the strength to be compassionate, and the wisdom to be humble. Courage is the foundation of integrity. -Mark Twain 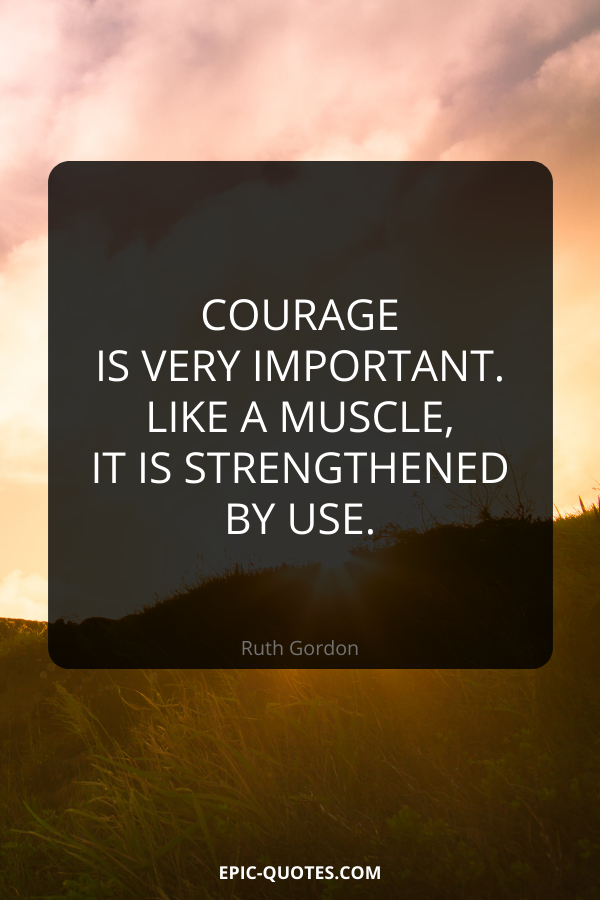 Courage is very important. Like a muscle, it is strengthened by use. -Ruth Gordon 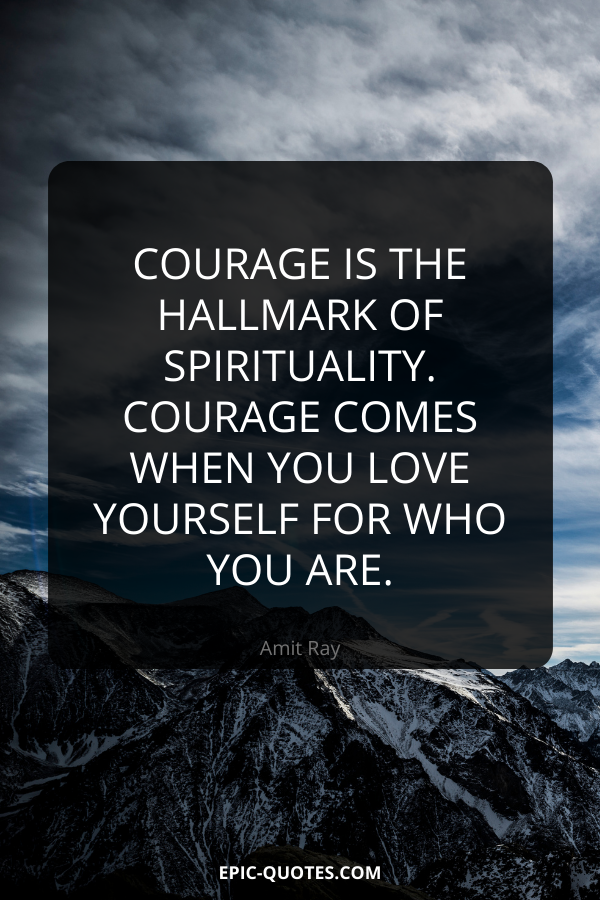 Courage is the hallmark of spirituality. Courage comes when you love yourself for who you are. -Amit Ray 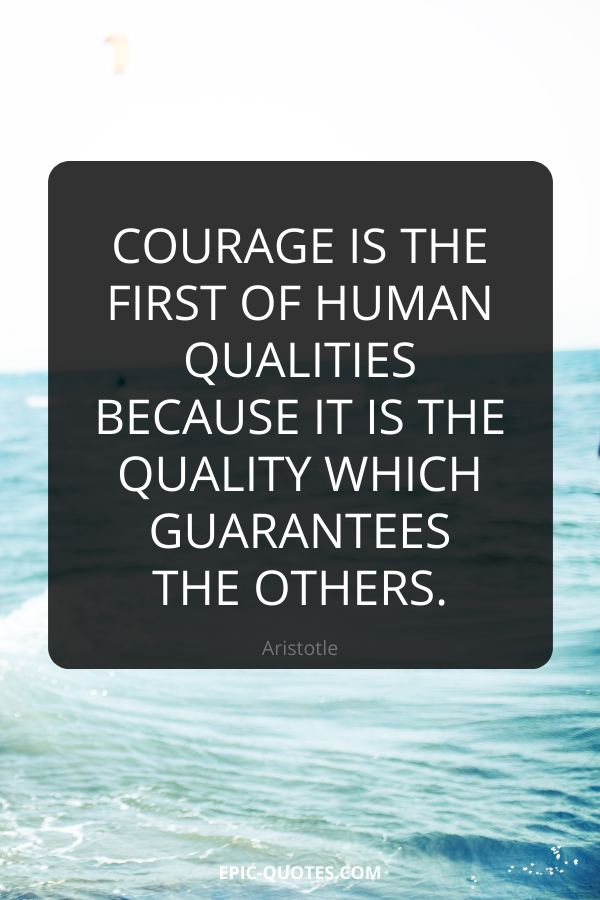 Courage is the first of human qualities because it is the quality which guarantees the others. -Aristotle 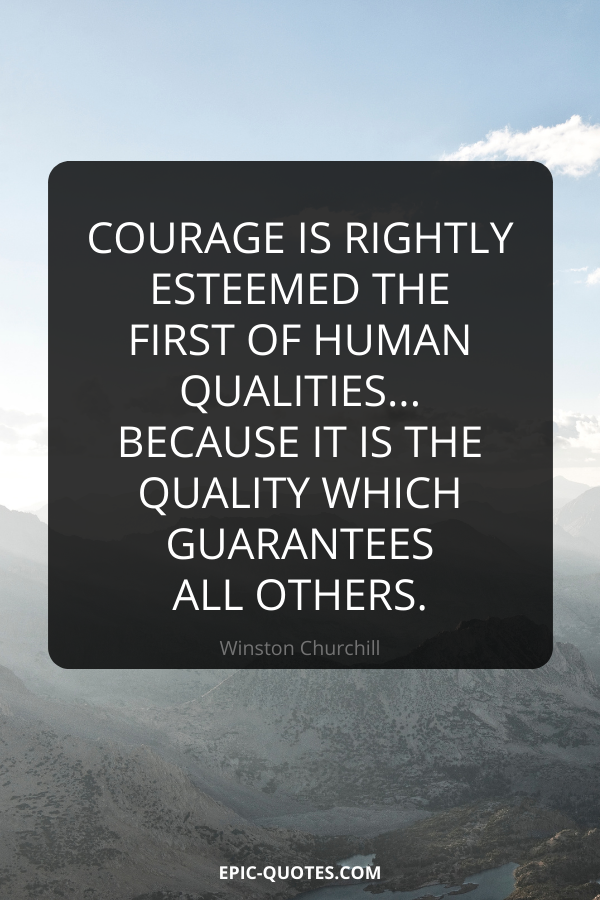 Courage is rightly esteemed the first of human qualities… because it is the quality which guarantees all others. -Winston Churchill 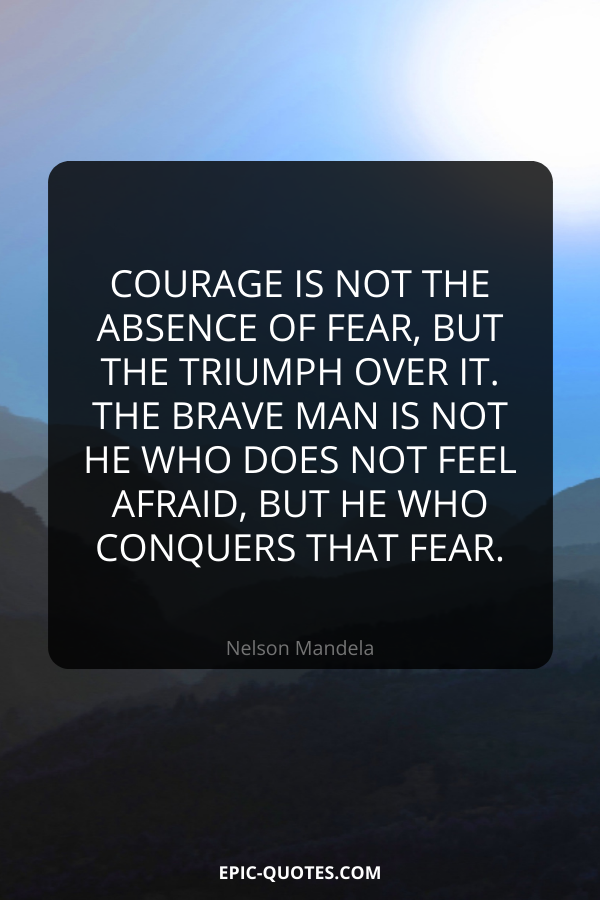 Courage is not the absence of fear, but the triumph over it. The brave man is not he who does not feel afraid, but he who conquers that fear. -Nelson Mandela 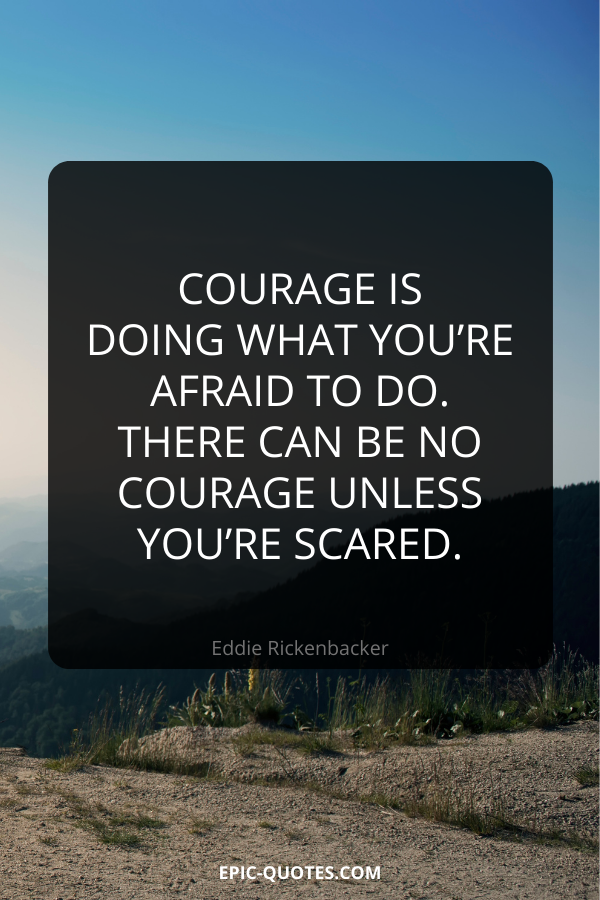 Courage is doing what you’re afraid to do. There can be no courage unless you’re scared. -Eddie Rickenbacker 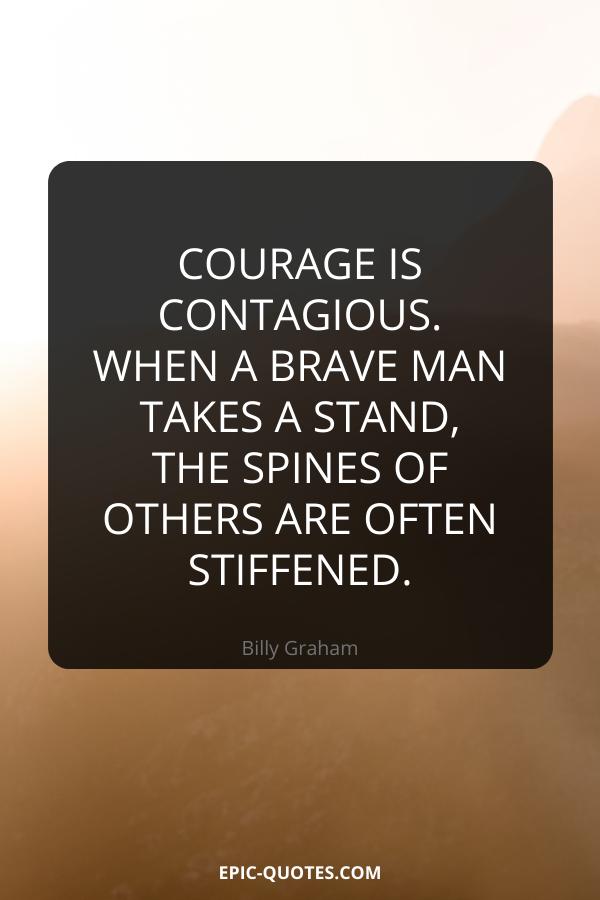 Courage is contagious. When a brave man takes a stand, the spines of others are often stiffened. -Billy Graham 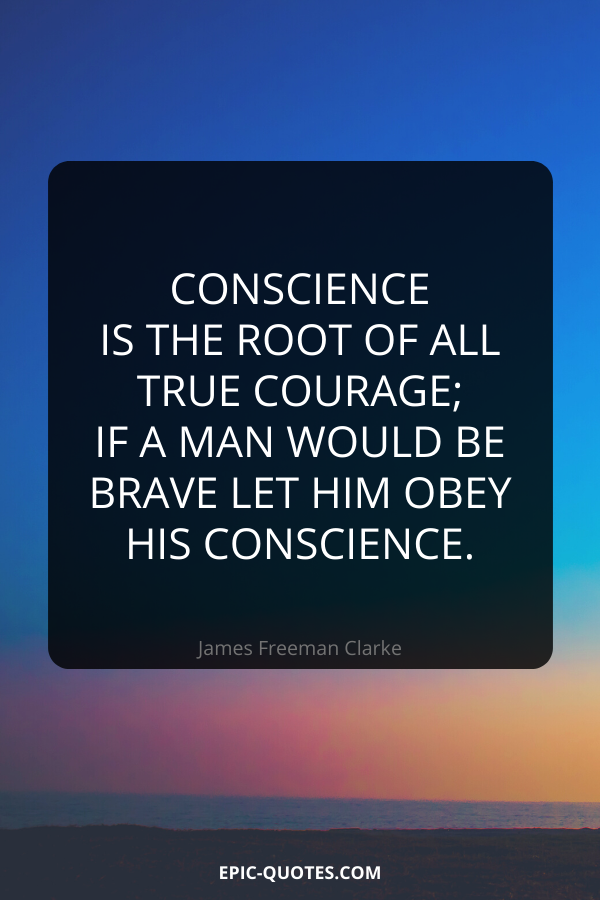 Conscience is the root of all true courage; if a man would be brave let him obey his conscience. -James Freeman Clarke 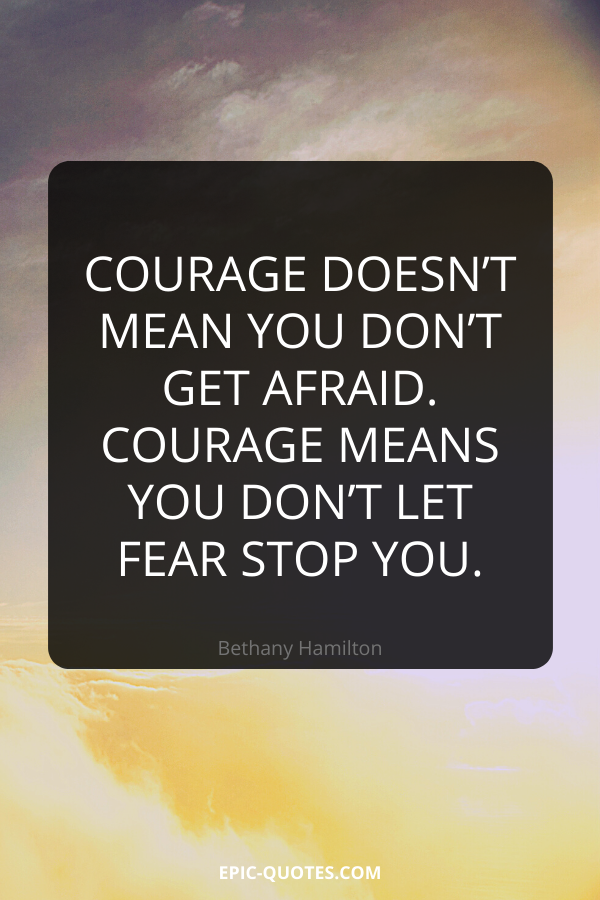 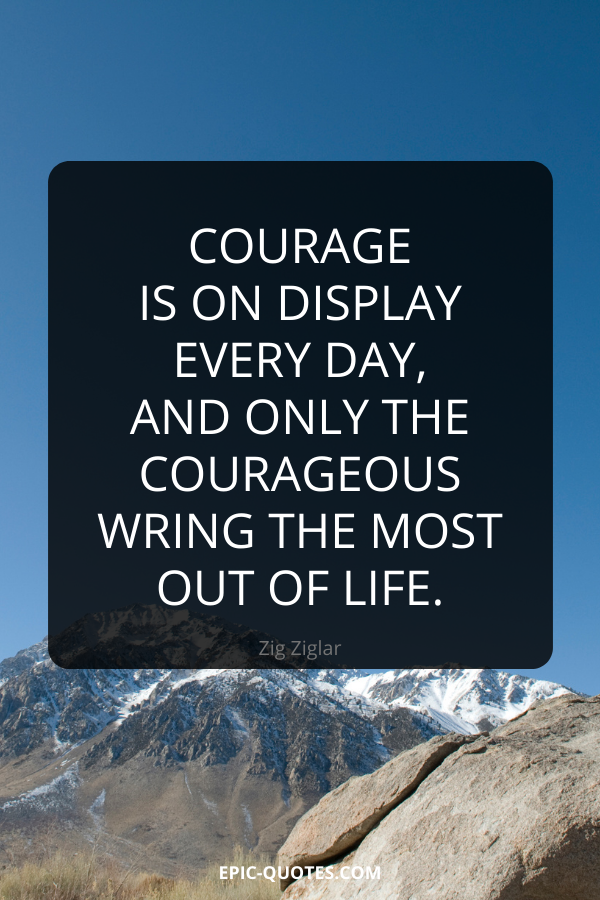 Courage is on display every day, and only the courageous wring the most out of life. -Zig Ziglar

Courage isn’t having the strength to go on – it is going on when you don’t have strength. -Napoleon Bonaparte 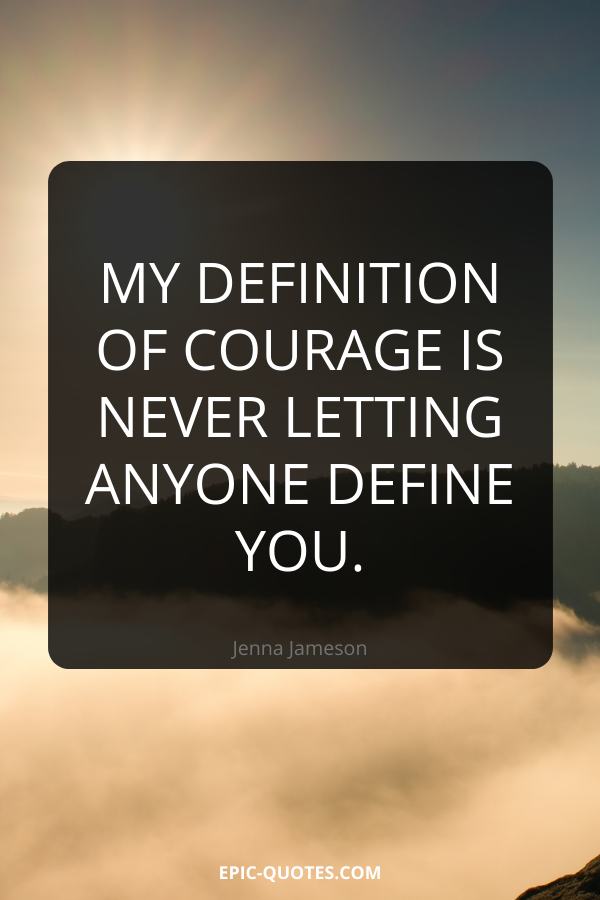 My definition of courage is never letting anyone define you. -Jenna Jameson 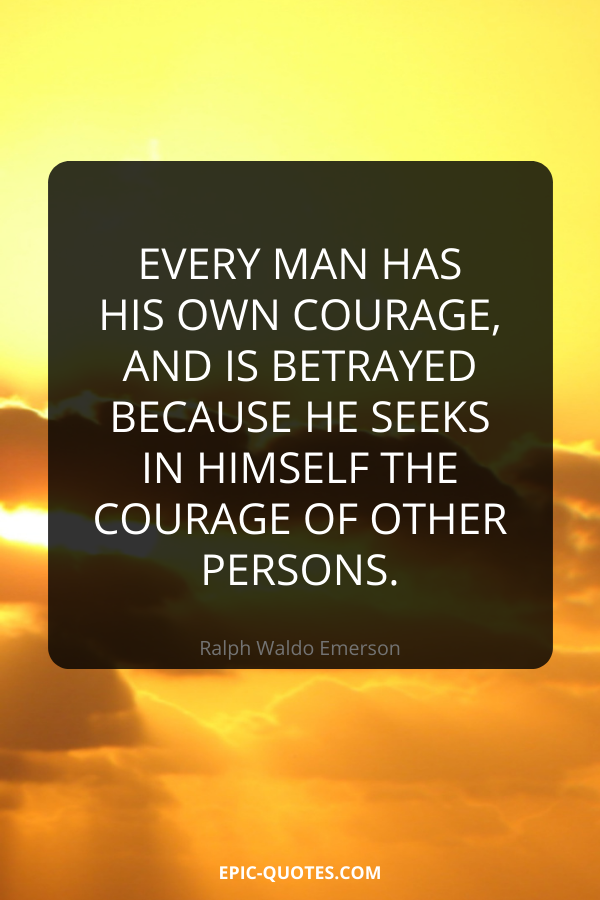 Every man has his own courage, and is betrayed because he seeks in himself the courage of other persons. -Ralph Waldo Emerson 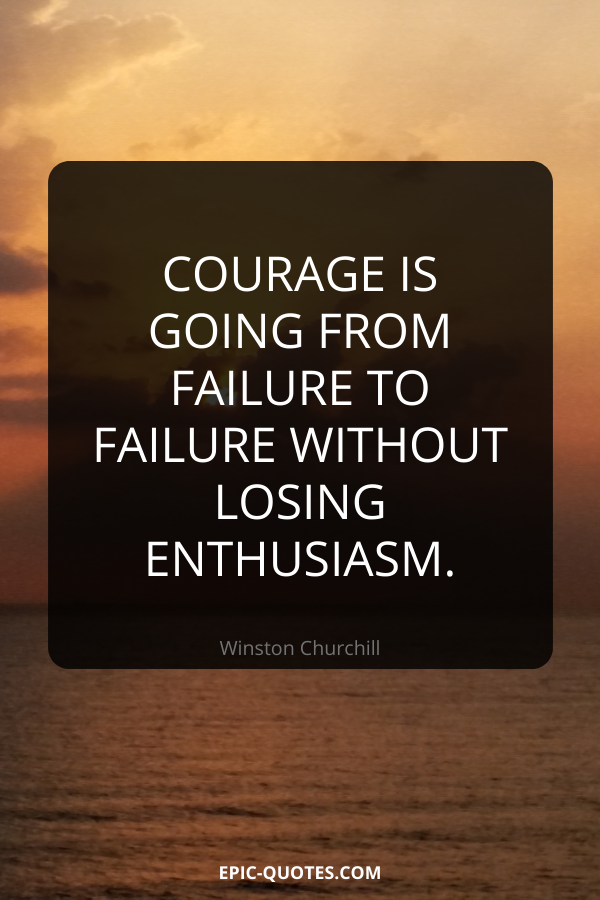 Courage is going from failure to failure without losing enthusiasm. -Winston Churchill 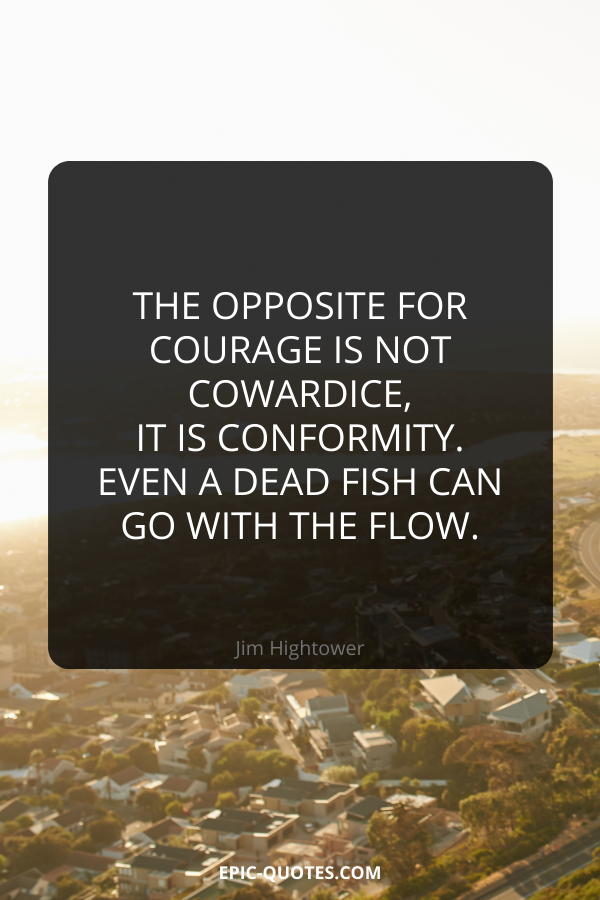 The opposite for courage is not cowardice, it is conformity. Even a dead fish can go with the flow. -Jim Hightower 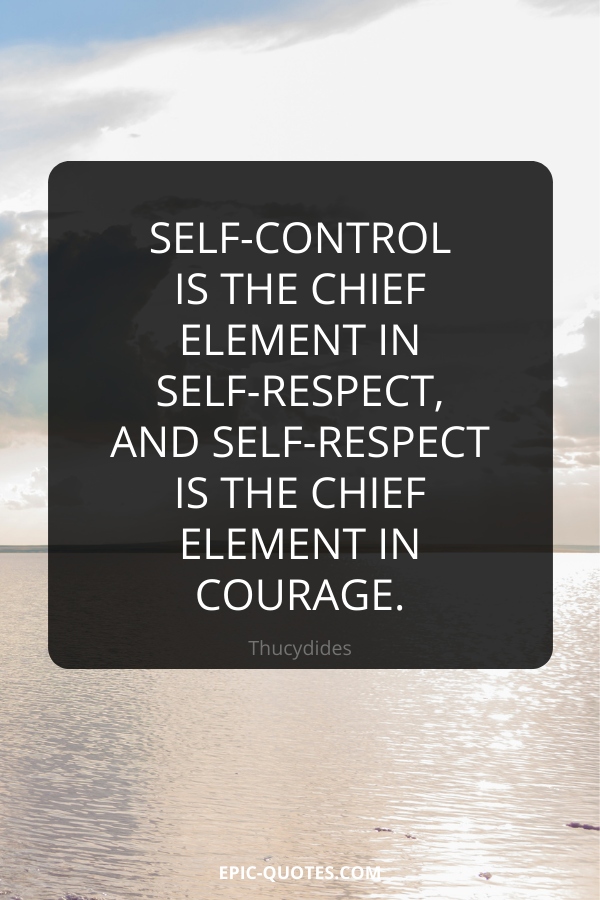 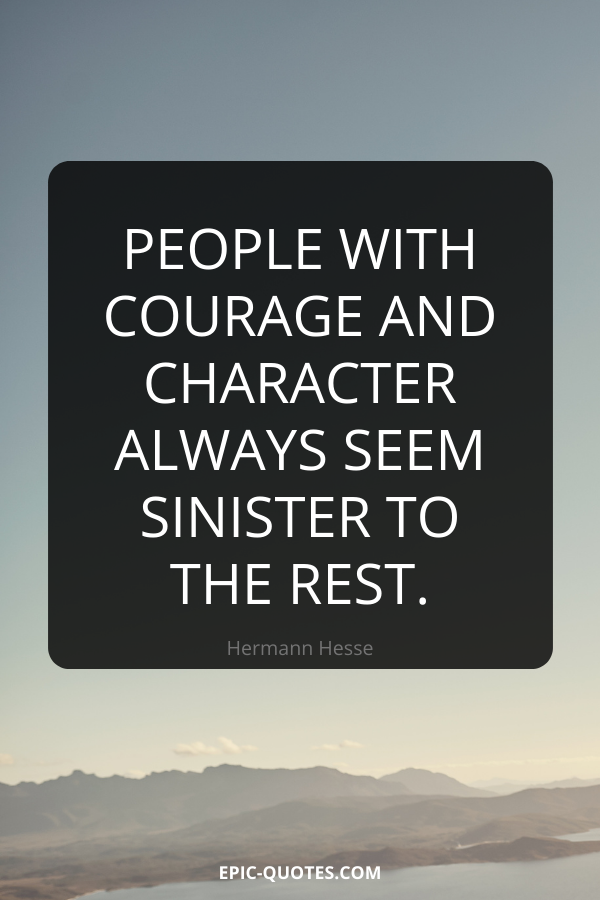 People with courage and character always seem sinister to the rest. -Hermann Hesse