“The lawyer with the briefcase can steal more money than the man with the gun.” -Mario Puzo

“Keep your friends close but your enemies closer.” -Michael Corleone

“I am an undisputed gangster. To me, that means playing by my own rules.” -Katherine Ryan

“Be careful who you call your friends. I’d rather have 4 quarters than 100 pennies.” -Al Capone

“A guy told me one time… don’t let yourself get attached to anything you are not willing to walk out on in 30 seconds flat if you feel the heat around the corner.” -Neil McCauley

“There are many people who think I’m actually a gangster or a mafioso, largely because of ‘Goodfella.” -Paul Sorvino

“Some of your worst gangsters are guys who were very low-key.” -Mickey Rourke

“I think we have always had a fascination for gangs and gangsters, and I think we always will.” -Ross Kemp 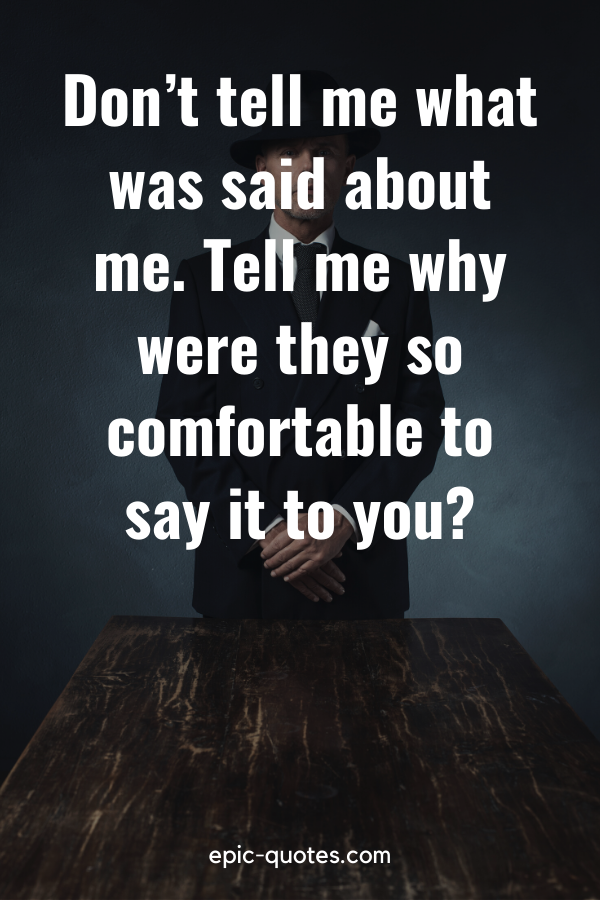 “Don’t tell me what was said about me. Tell me why were they so comfortable to say it to you?” 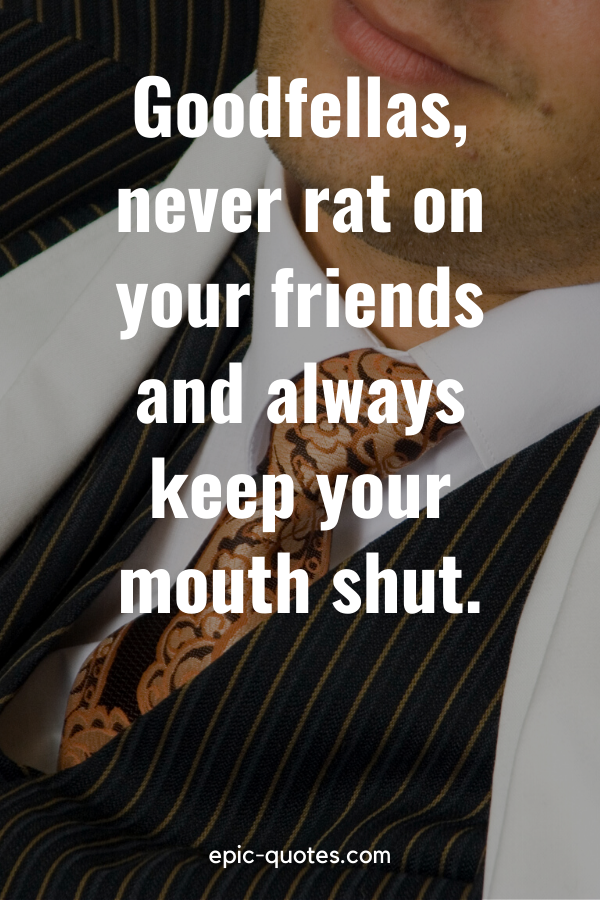 “Goodfellas, never rat on your friends and always keep your mouth shut.” 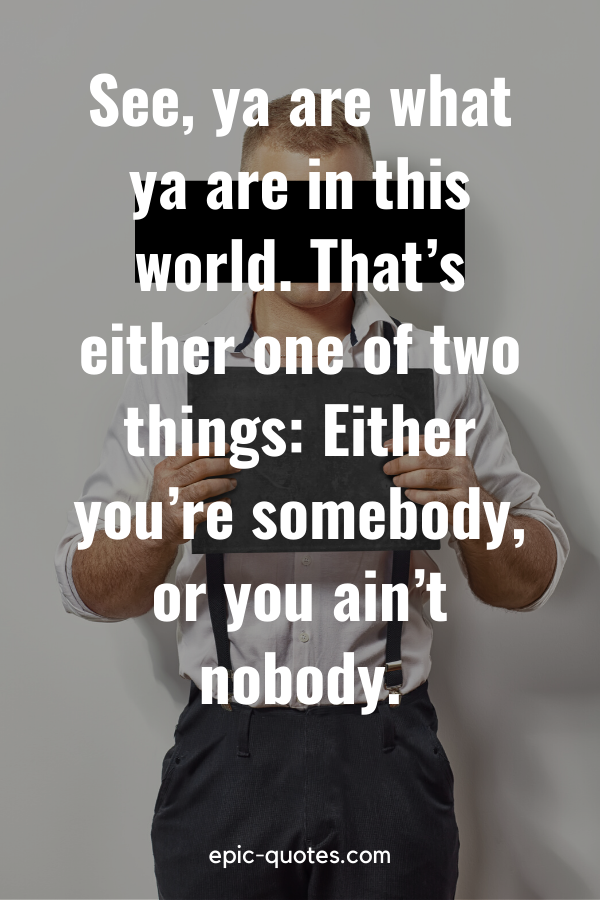 “See, ya are what ya are in this world. That’s either one of two things Either you’re somebody, or you ain’t nobody.”

“I asked god for a bike, but I know god doesn’t work that way. So I stole a bike and asked for forgiveness.” -Al Pacino 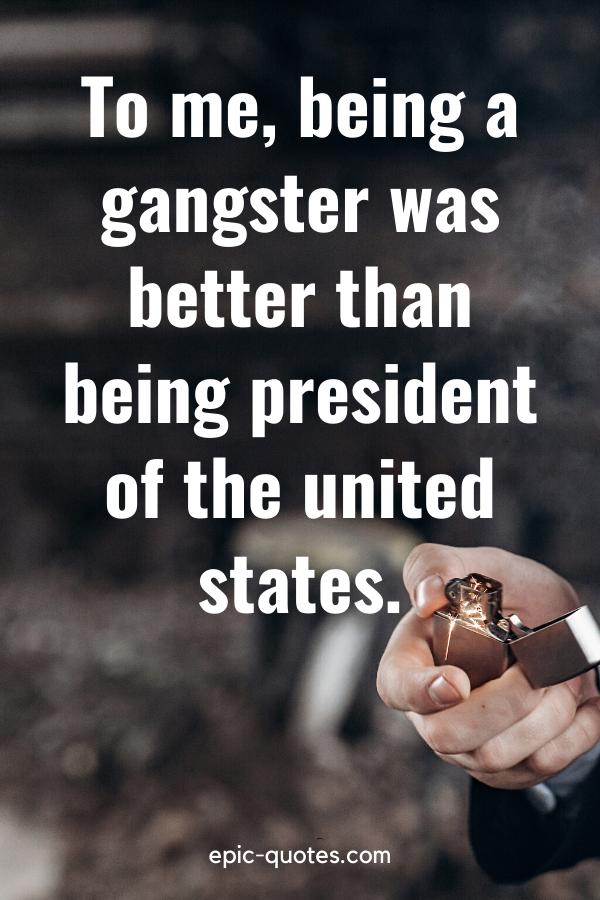 “To me, being a gangster was better than being president of the united states.”

“No gangster is ever happy when he’s at peace. The main reason he’s in the business is to eliminate his enemies.” -Lorenzo Carcaterra

“You need more than guts to be a good gangster. You need ideas.” -Rocket, City of God

“All I have in this world is my balls and my word, and I don’t break them for no one.” -Tony Montana

”You can get much further with a kind word and a gun than you can with just a kind word.” -Al Capone

“All right, you proved your point. You broke into my vault. Congratulations, you’re a dead man.” -Terry Benedict

“Somebody messes with me, I’m gonna mess with him.” -Al Capone

“Gangsters live for the action. The closer to death, the nearer to the heated coil of the moment, the more alive they feel.” -Lorenzo Carcaterra

“There are only murderers in this room! Michael! Open your eyes! This is the life we chose, the life we lead. And there is only one guarantee none of us will see heaven.” -John Rooney

“Let me tell you something. There’s no nobility in poverty. I’ve been a poor man, and I’ve been a rich man. And I choose rich every fcking time.” -Jordan Belfort

“I never lie because I don’t fear anyone. You only lie when you’re afraid.” -John Gotti