33 Never Give Up Quotes

“You just can’t beat the person who won’t give up.” -Babe Ruth 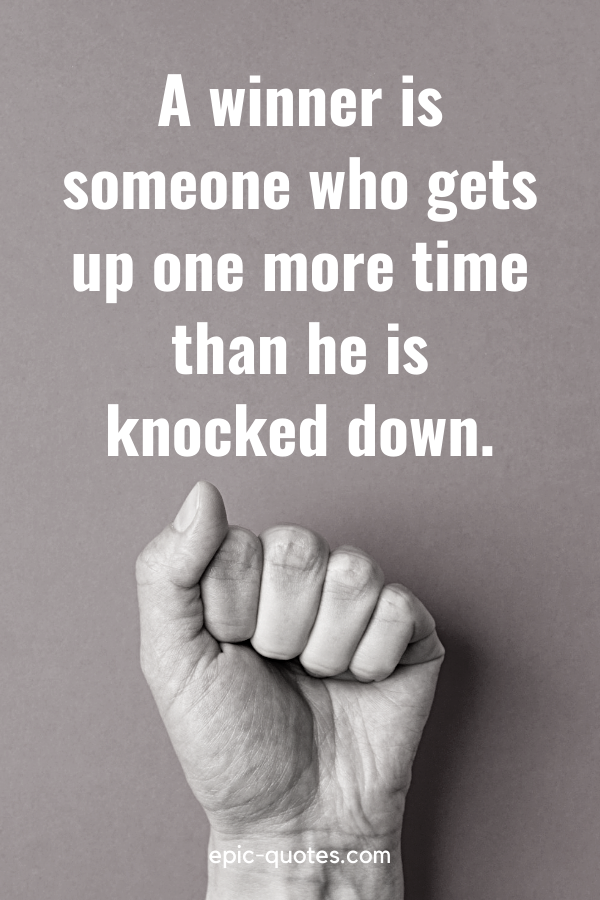 “A winner is someone who gets up one more time than he is knocked down.” 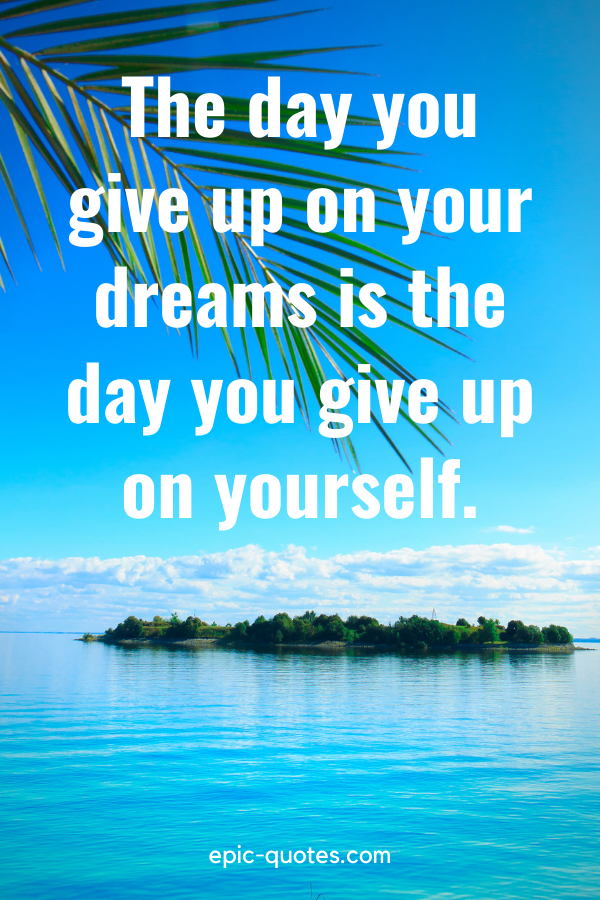 “It’s not that I’m so smart, it’s just that I stay with problems longer.” -Albert Einstein

“There is no failure except in no longer trying.” -Elbert Hubbard

“Never give up; for even rivers someday wash dams away.” -Arthur Golden 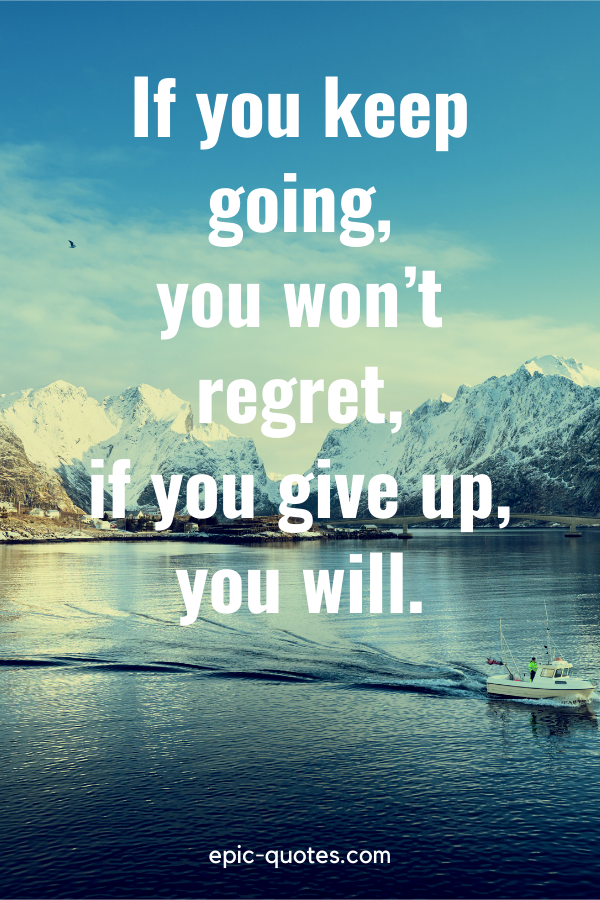 “If you keep going, you won’t regret, if you give up, you will.”

“I never lose. I either win or learn.” -Nelson Mandela 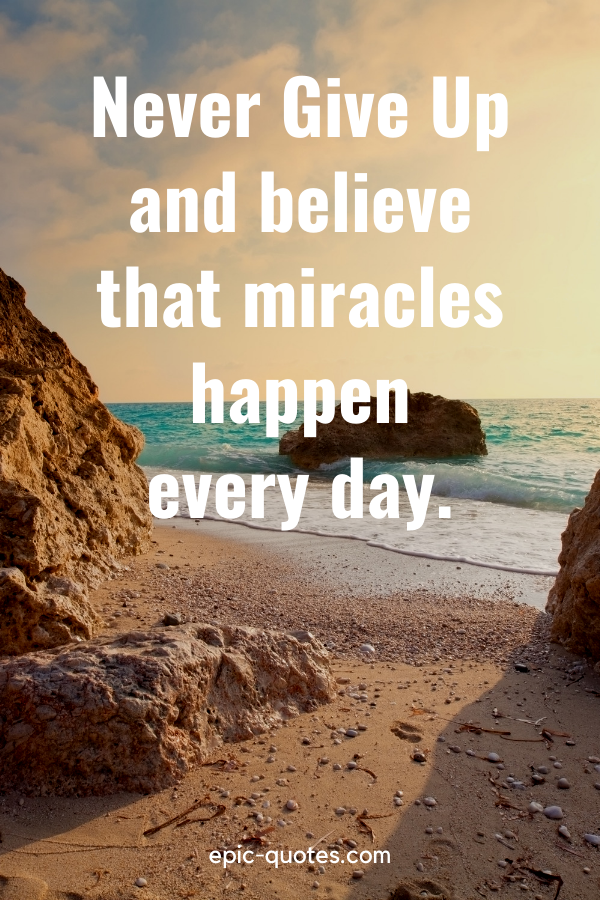 “Never Give Up and believe that miracles happen every day.”

“My greatest point is my persistence. I never give up in a match.” -Bjorn Borg

“Most people never run far enough on their first wind to find out they’ve got a second.” -William James

“Just don’t give up trying to do what you really want to do.” -Ella Fitzgerald 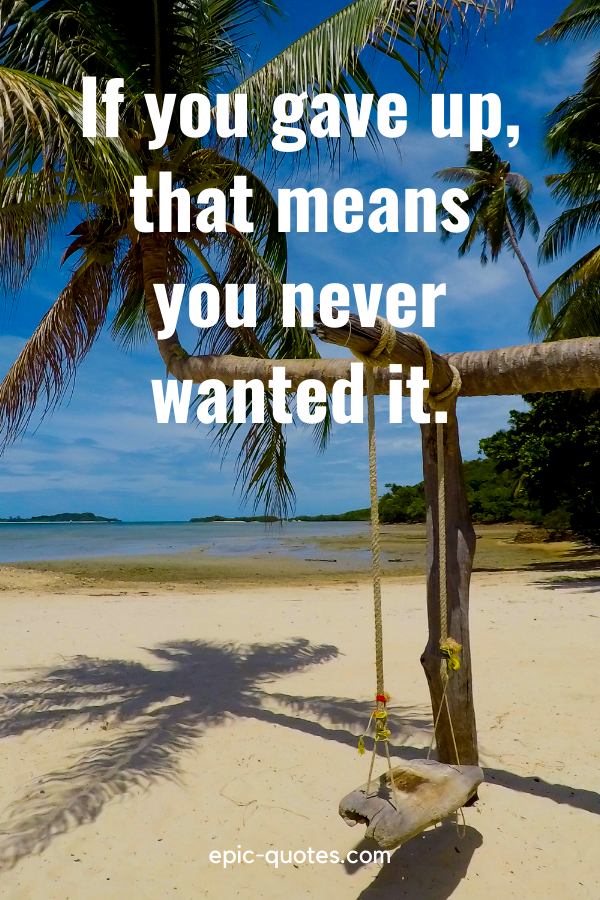 “If you gave up, that means you never wanted it.” 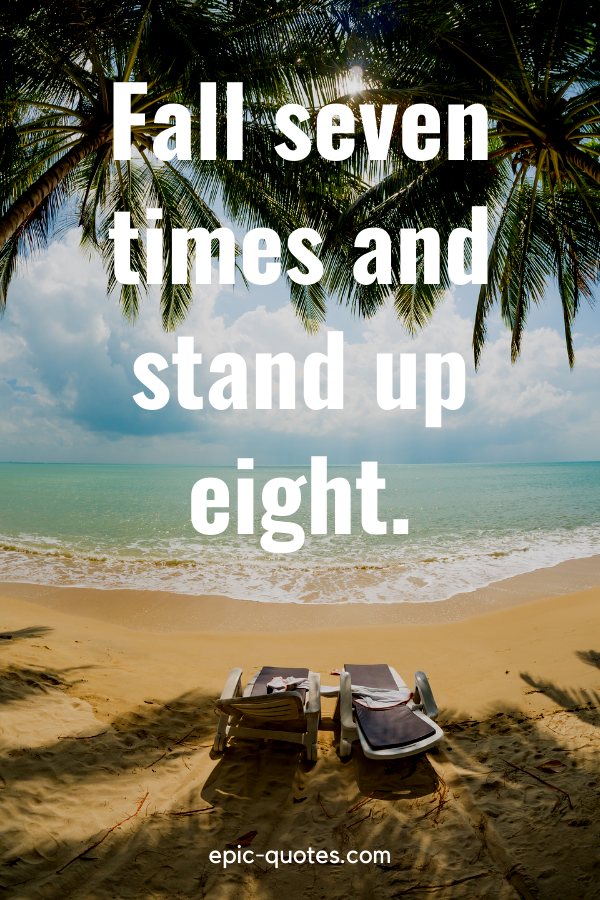 “Failure is the key to success; each mistake teaches us something.” -Morihei Ueshiba

“Failure is only the opportunity to begin again, this time more intelligently.” -Henry Ford 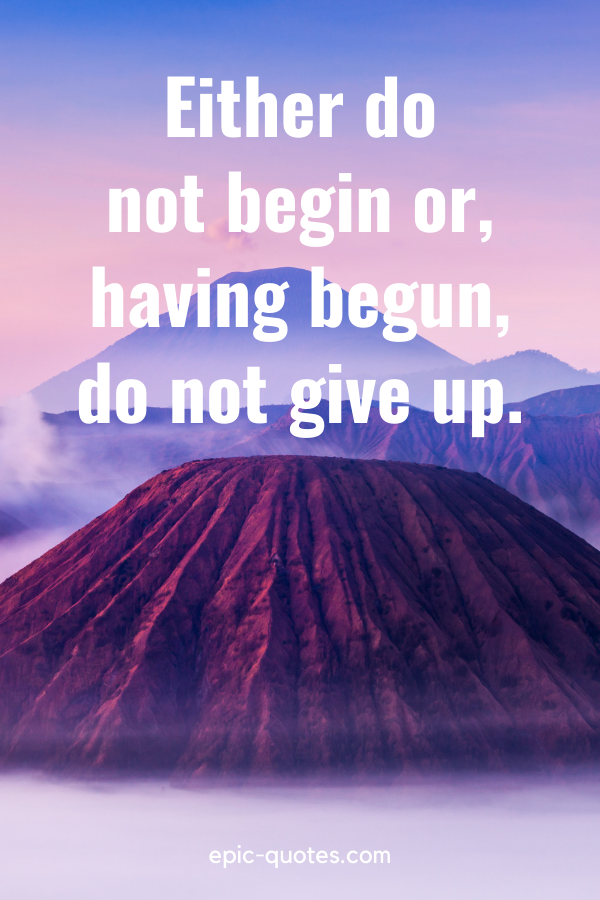 “Either do not begin or, having begun, do not give up.”

“Do not fear failure but rather fear not trying.” -Roy T. Bennett 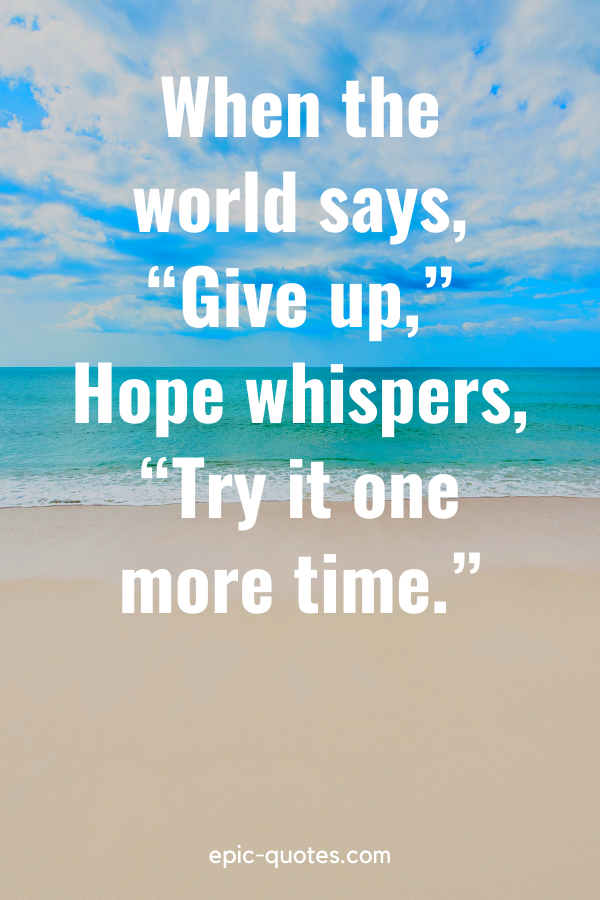 “When the world says, “Give up,” Hope whispers, “Try it one more time.”

“There is no such thing as failure, there’s just giving up too soon.” -Jonas Salk 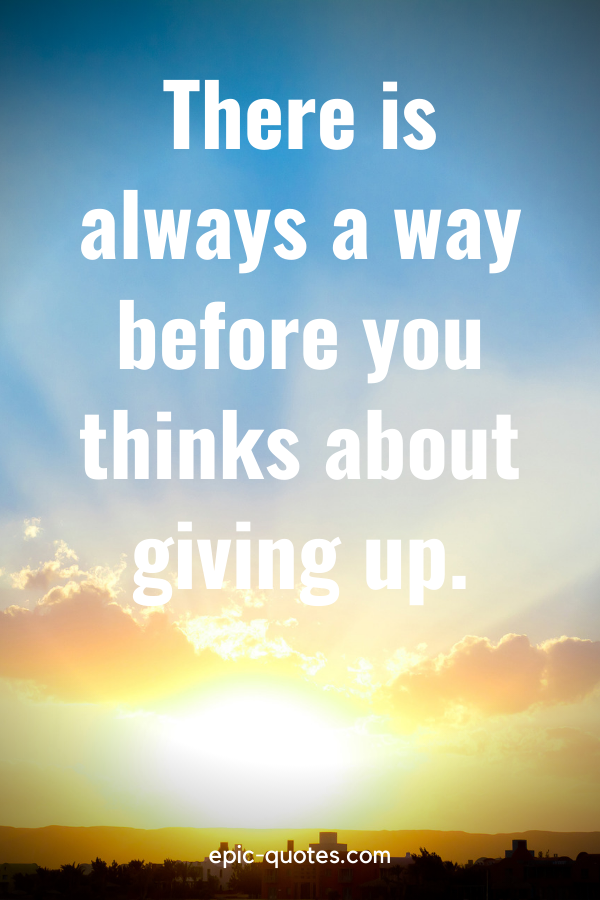 “There is always a way before you thinks about giving up.”

“The secret of our success is that we never, never give up.” -Wilma Mankiller

“Success is the sum of small efforts, repeated day-in and day-out.” -Robert Collier 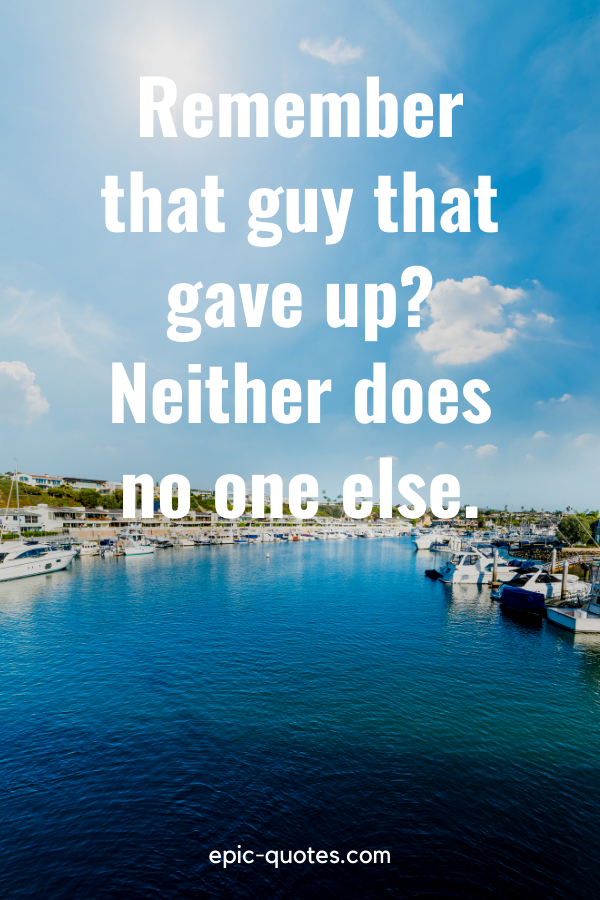 “Remember that guy that gave up Neither does no one else.” 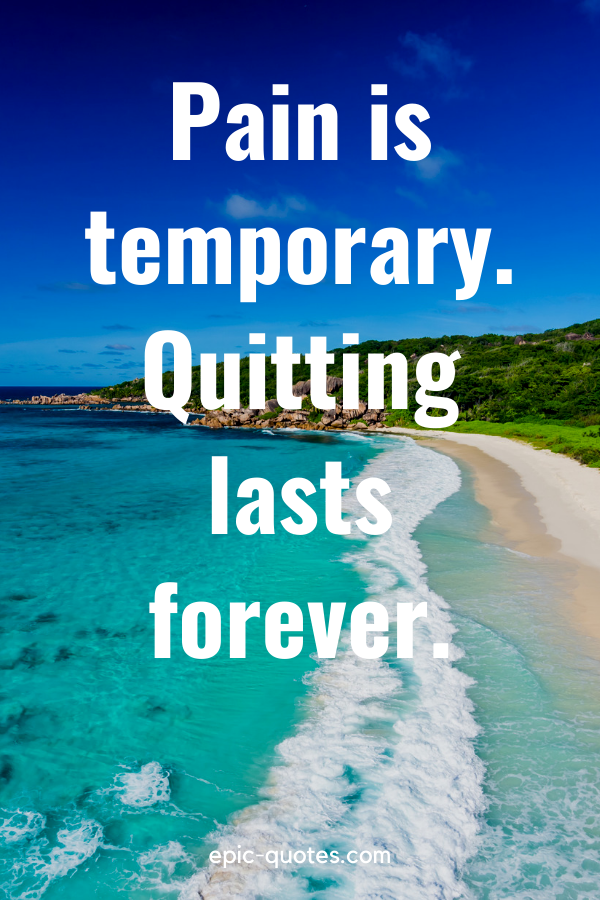 “Never give up. And never, under any circumstances, face the facts.” -Ruth Gordon