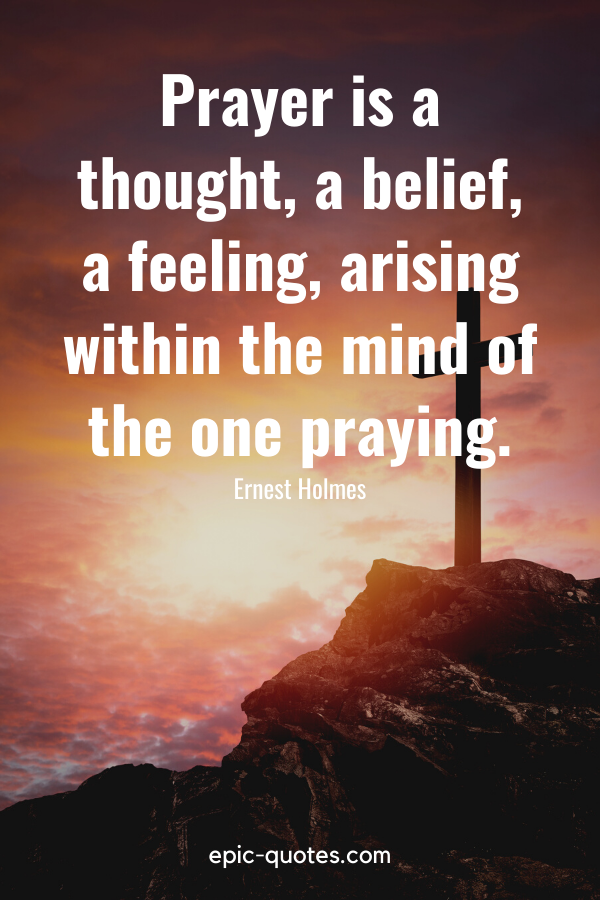 “Prayer is a thought, a belief, a feeling, arising within the mind of the one praying.” -Ernest Holmes 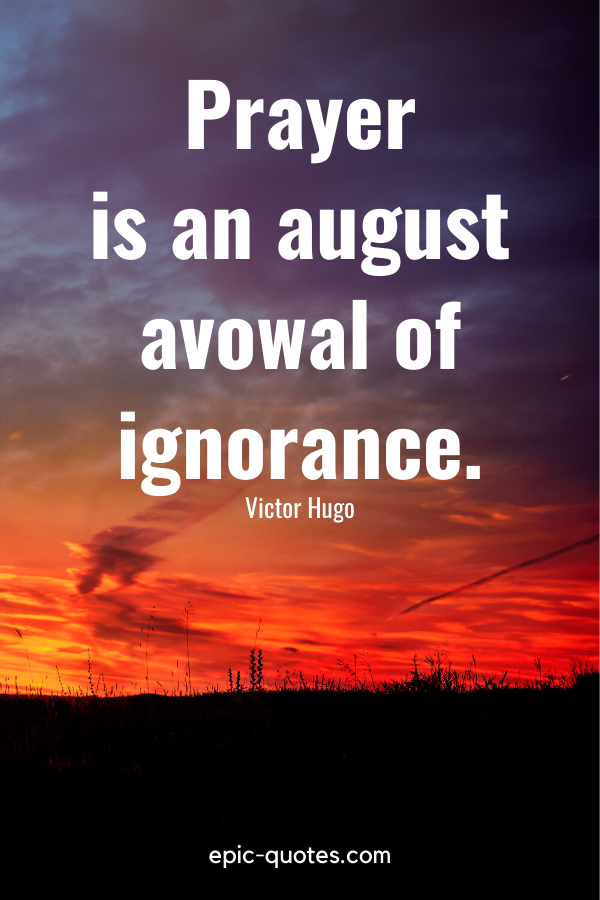 “Prayer is an august avowal of ignorance.” -Victor Hugo 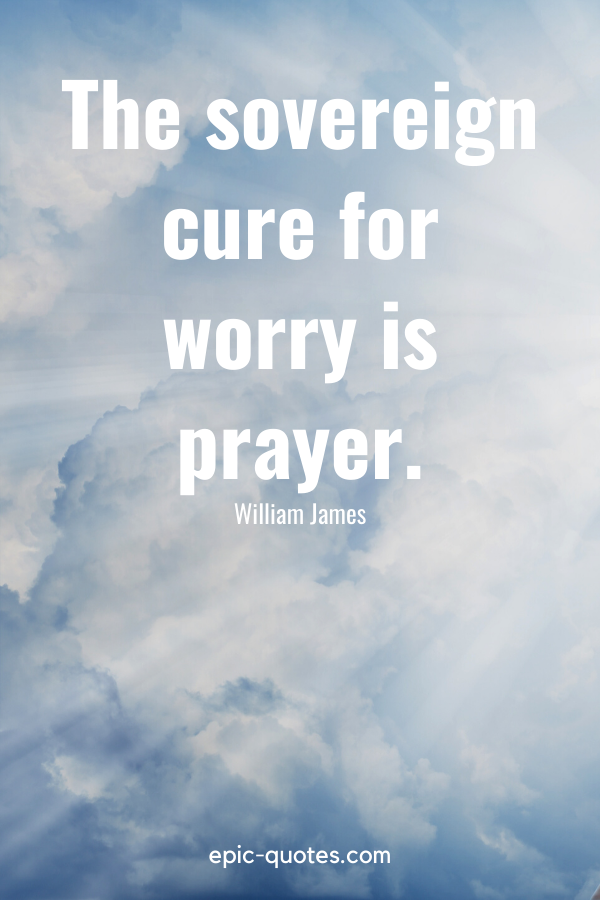 “The sovereign cure for worry is prayer.” -William James 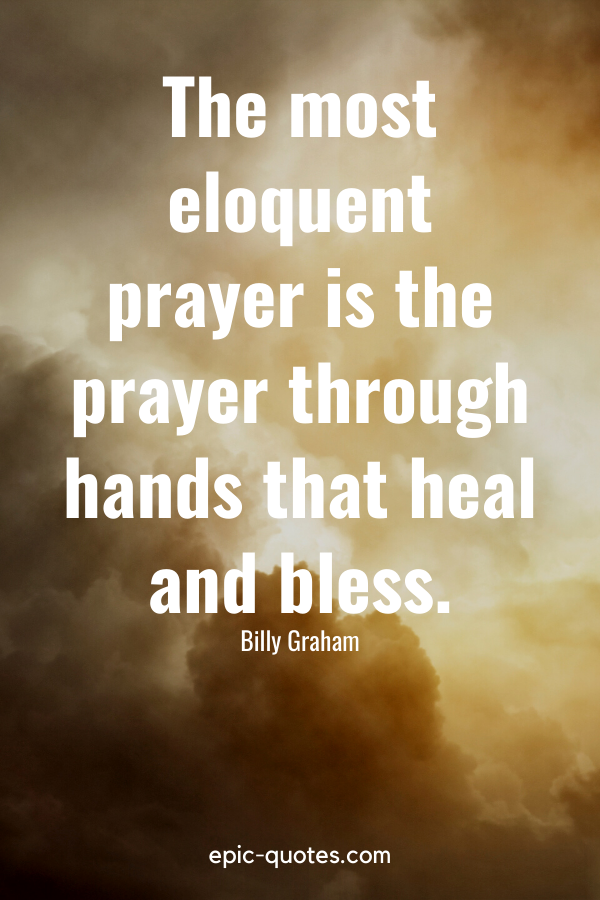 “The most eloquent prayer is the prayer through hands that heal and bless.” -Billy Graham 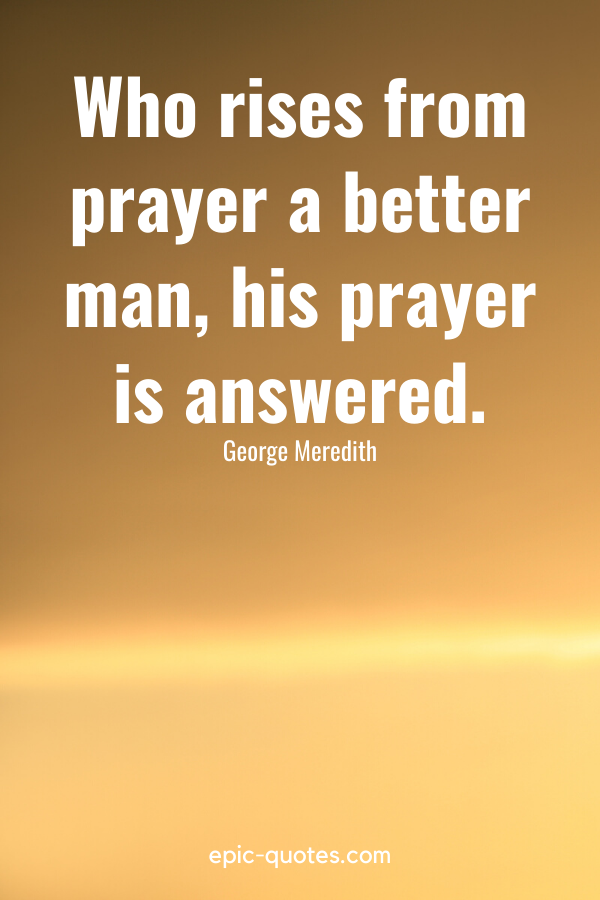 “Who rises from prayer a better man, his prayer is answered.” -George Meredith 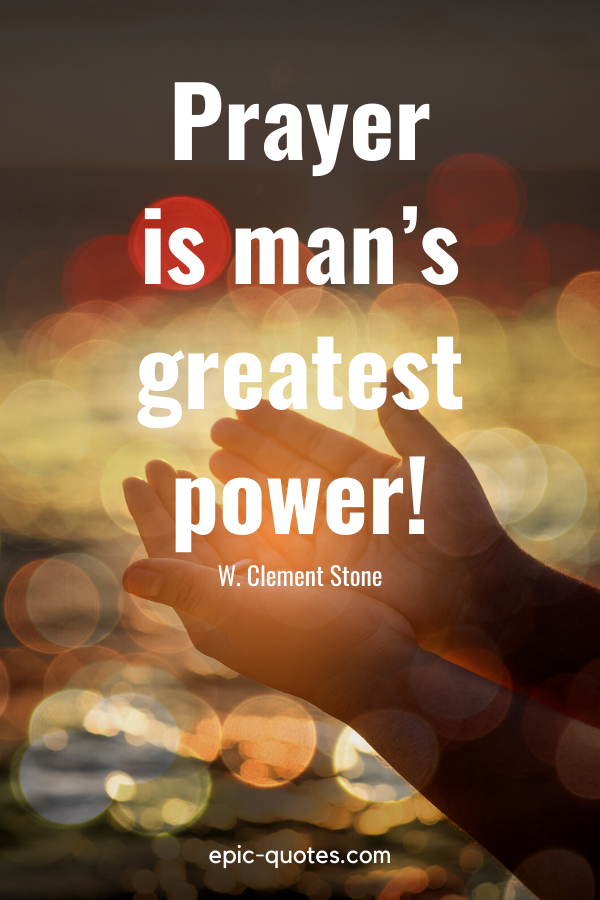 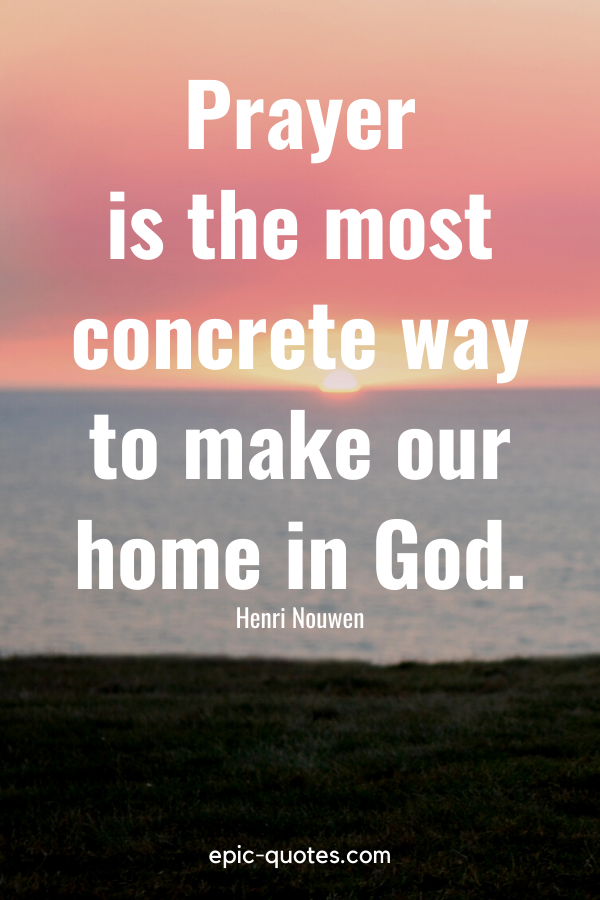 “Prayer is the most concrete way to make our home in God.” -Henri Nouwen 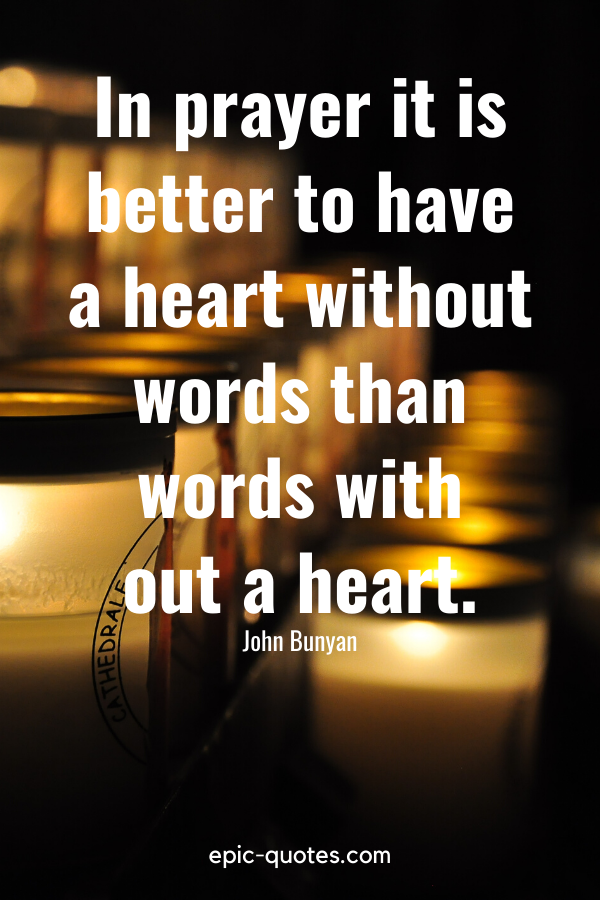 “In prayer it is better to have a heart without words than words with out a heart.” -John Bunyan 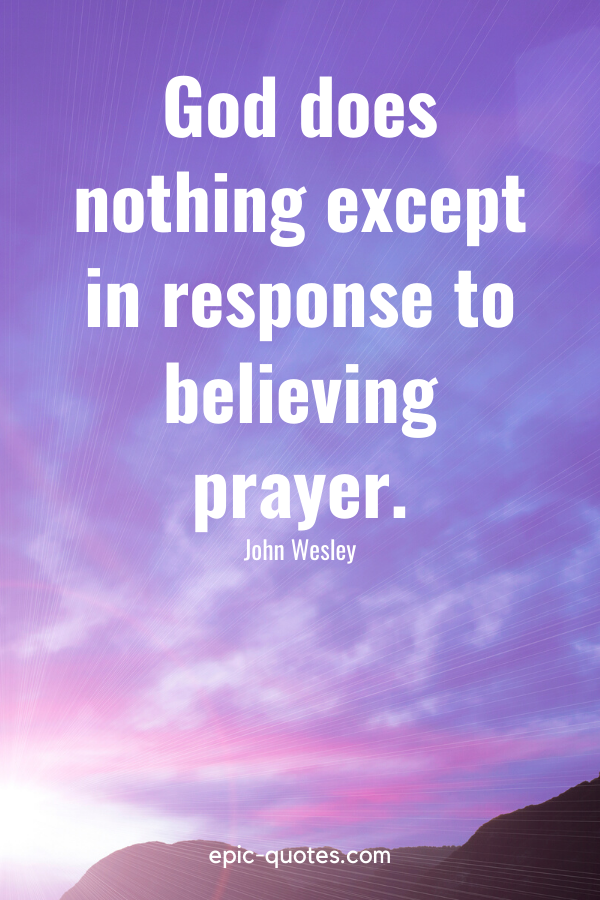 “God does nothing except in response to believing prayer.” -John Wesley 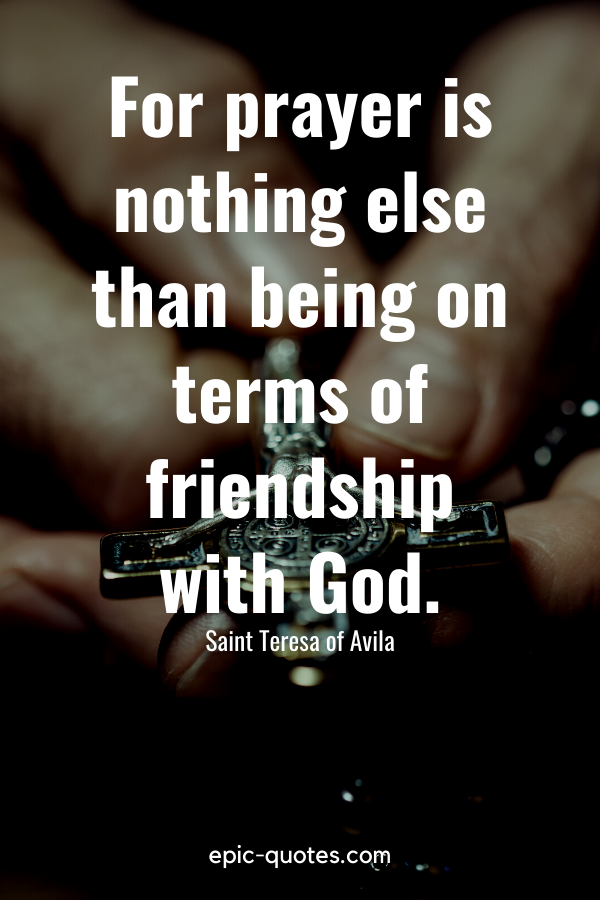 “For prayer is nothing else than being on terms of friendship with God.” -Saint Teresa of Avila 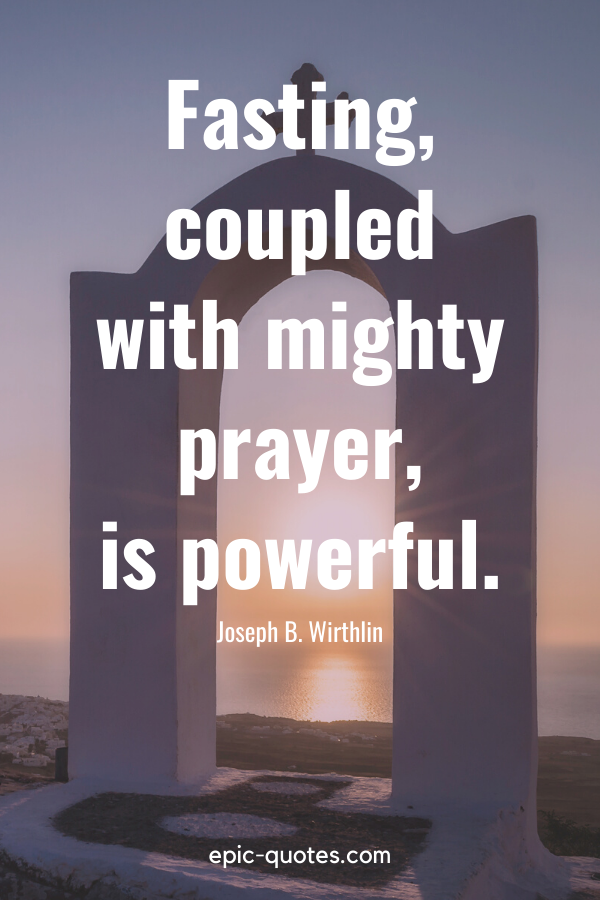 “Fasting, coupled with mighty prayer, is powerful.” -Joseph B. Wirthlin 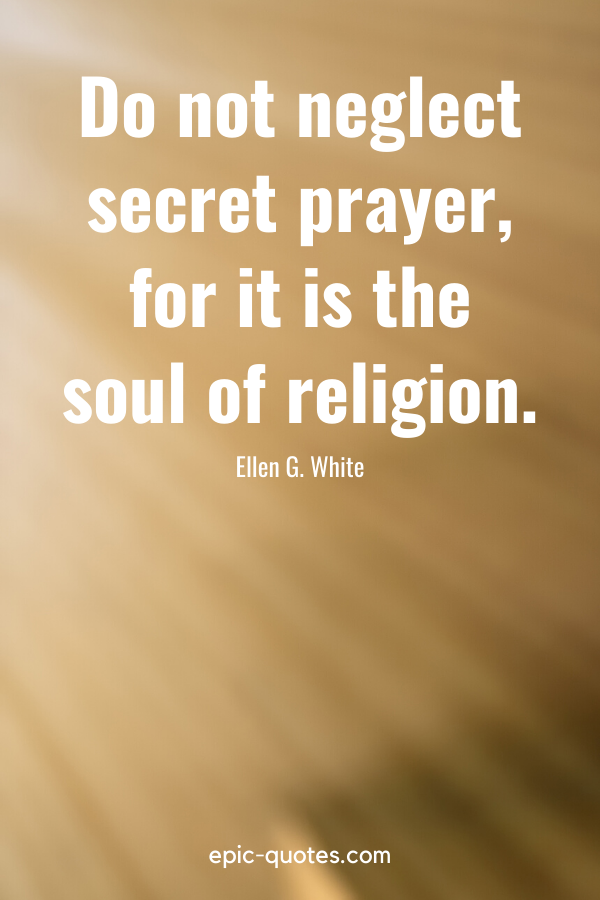 “Do not neglect secret prayer, for it is the soul of religion.” -Ellen G. White 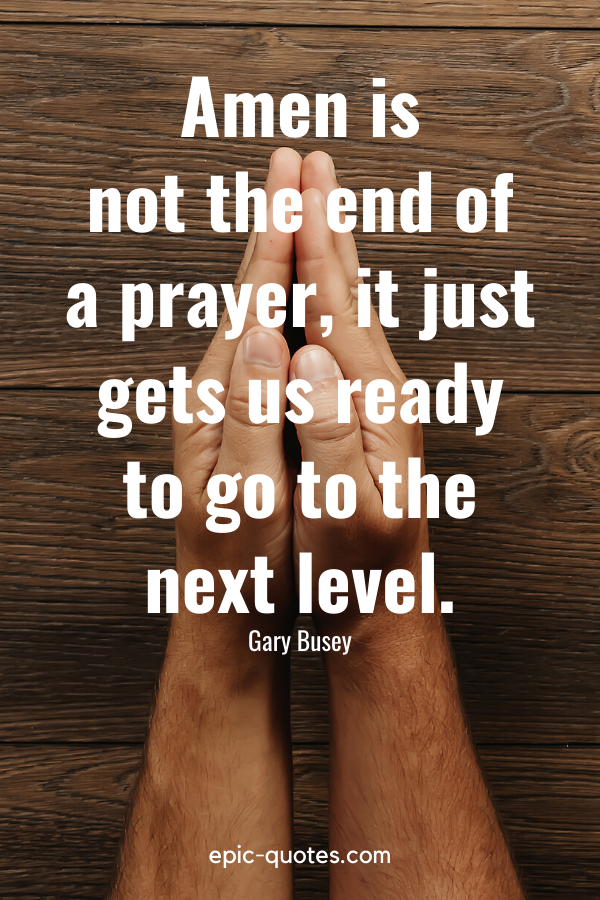 “Amen is not the end of a prayer, it just gets us ready to go to the next level.” -Gary Busey 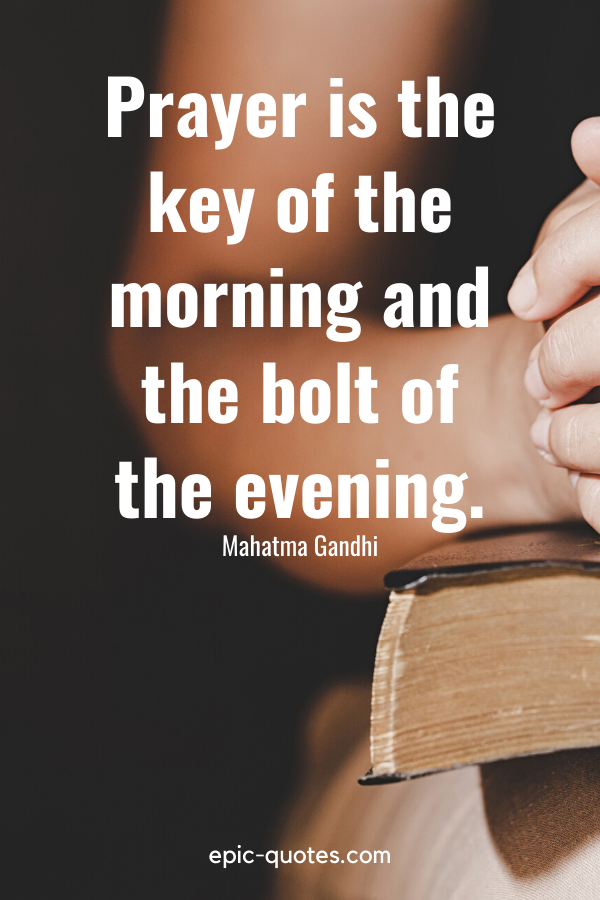 ”Prayer is the key of the morning and the bolt of the evening.” -Mahatma Gandhi 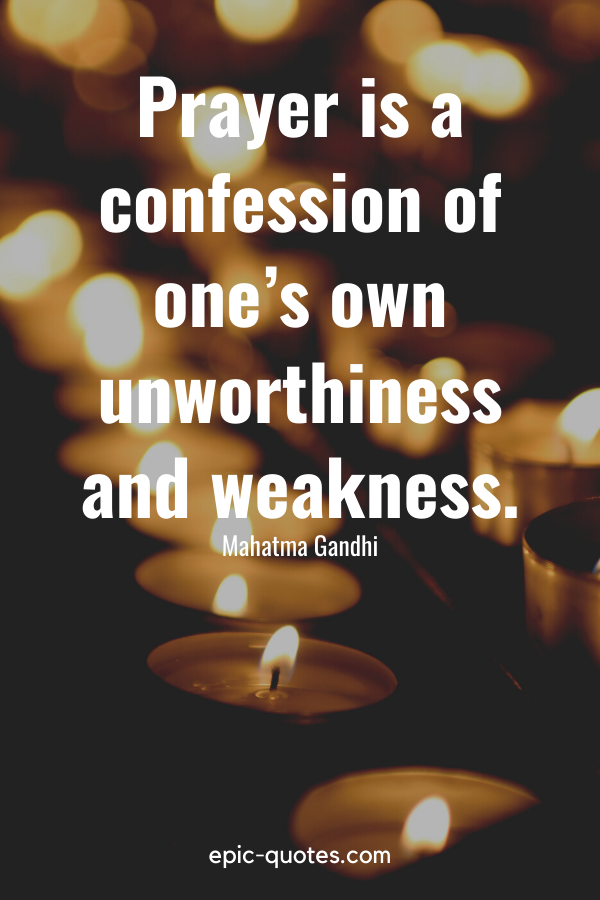 ”Prayer is a confession of one’s own unworthiness and weakness.” -Mahatma Gandhi 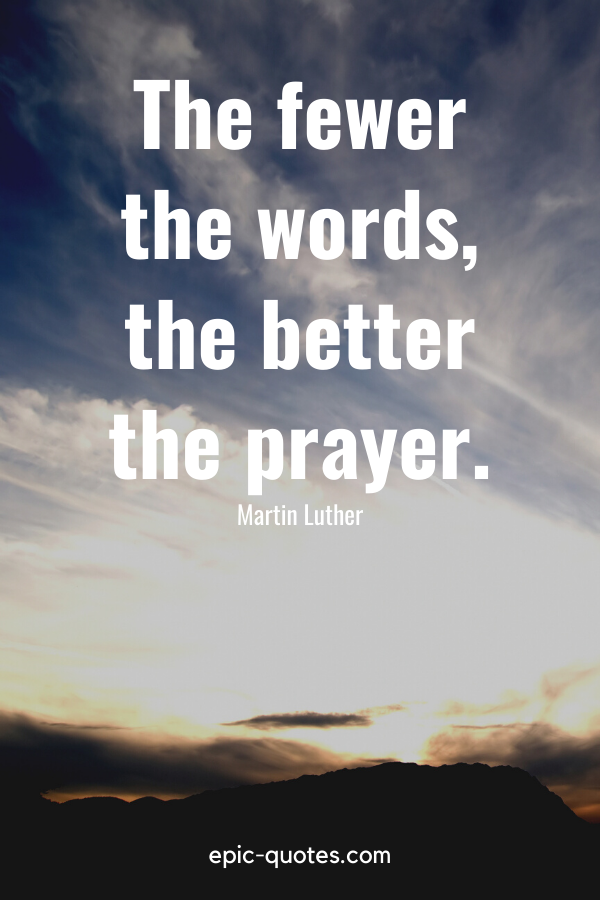 “The fewer the words, the better the prayer.” -Martin Luther 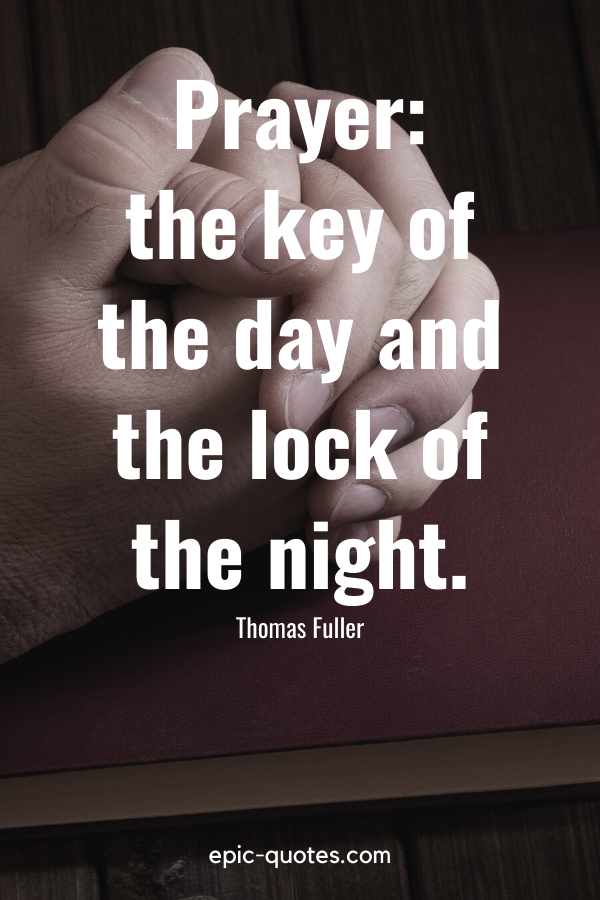 “Prayer the key of the day and the lock of the night.” -Thomas Fuller 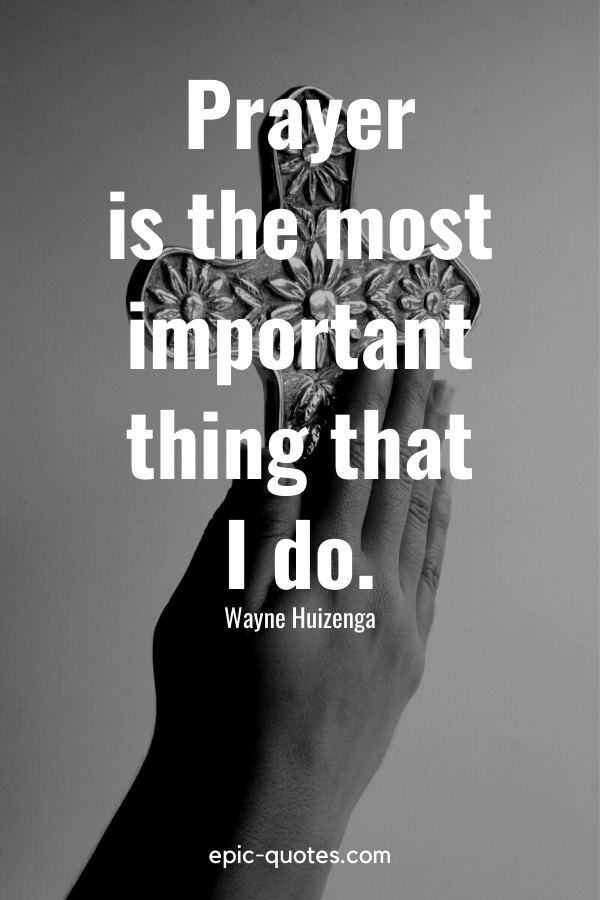 “Prayer is the most important thing that I do.” -Wayne Huizenga 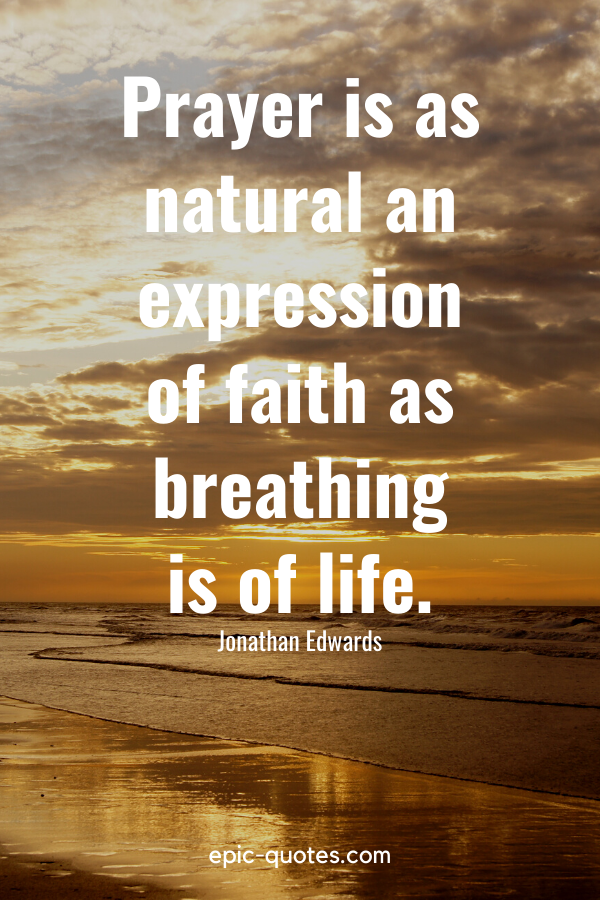 “Prayer is as natural an expression of faith as breathing is of life.” -Jonathan Edwards 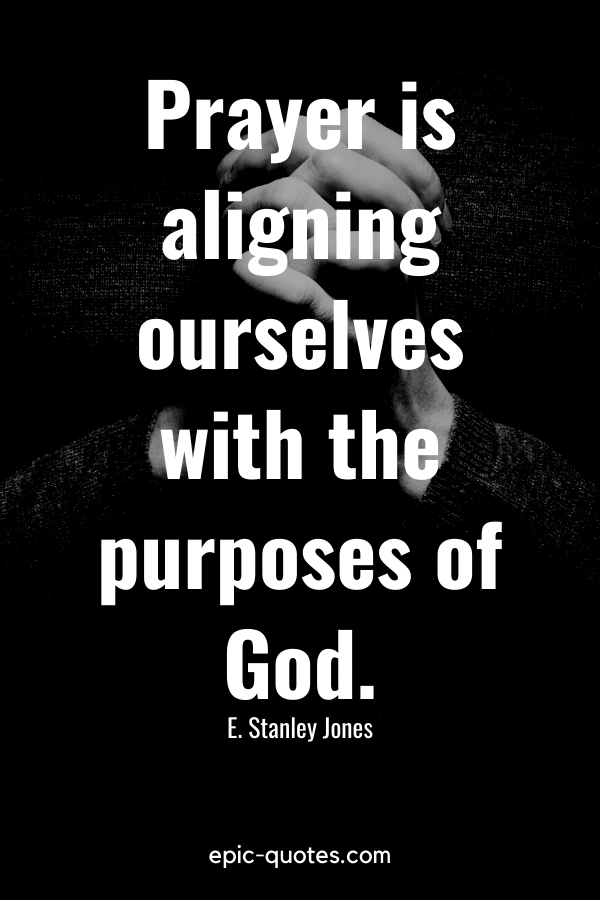 “Prayer is aligning ourselves with the purposes of God.” -E. Stanley Jones 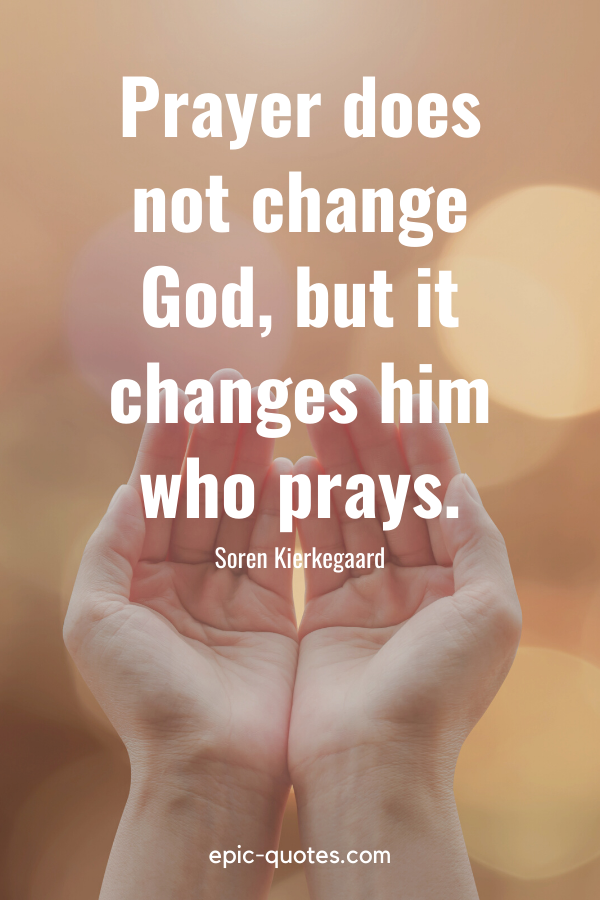 “Prayer does not change God, but it changes him who prays.” -Soren Kierkegaard 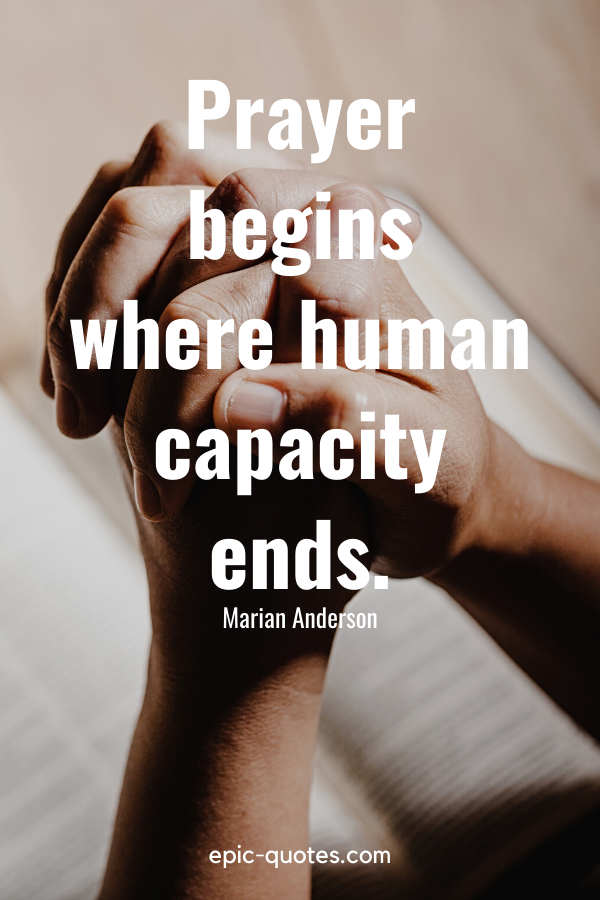 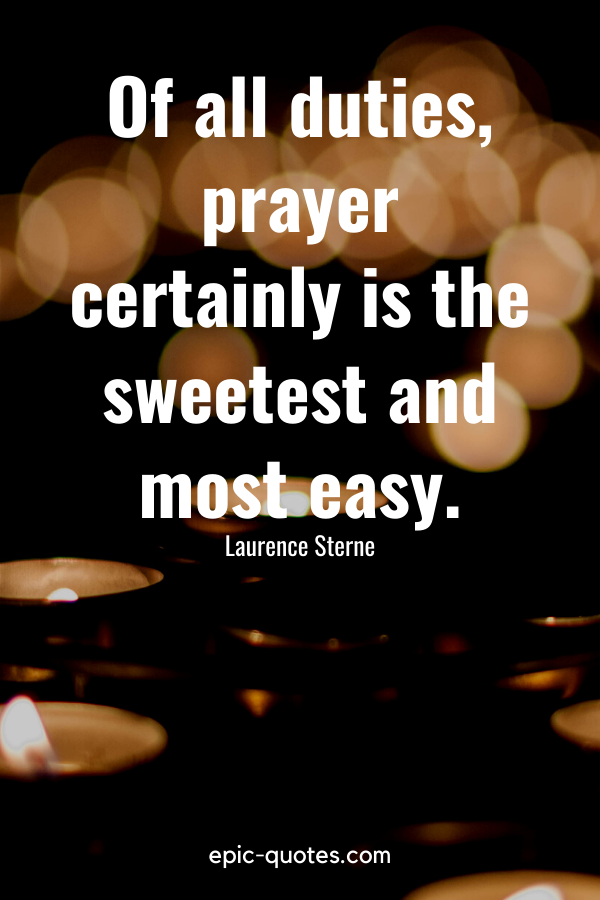 “Of all duties, prayer certainly is the sweetest and most easy.” -Laurence Sterne 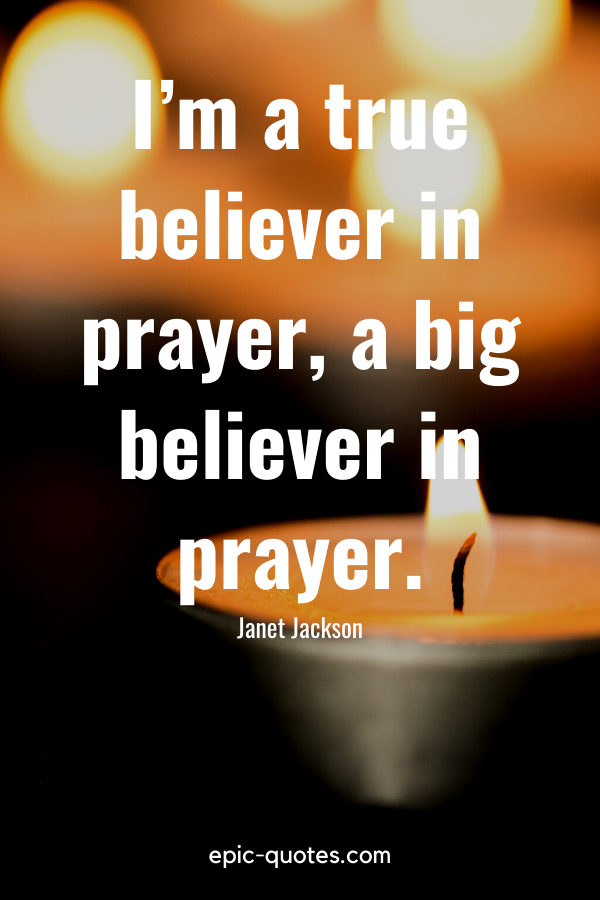 “I know no words of prayer – God help me because I can not help myself.” -Harold E. Hughes 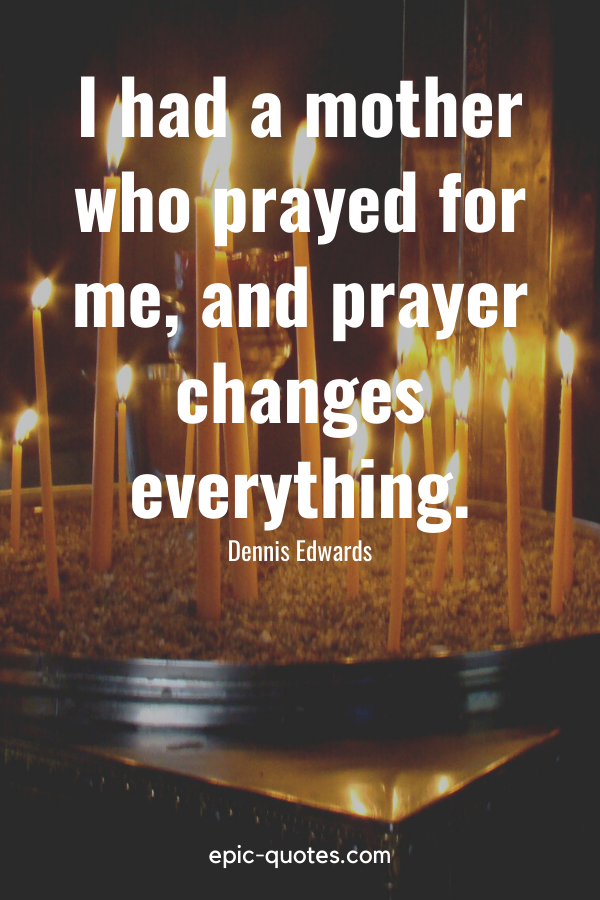 “I had a mother who prayed for me, and prayer changes everything.” -Dennis Edwards 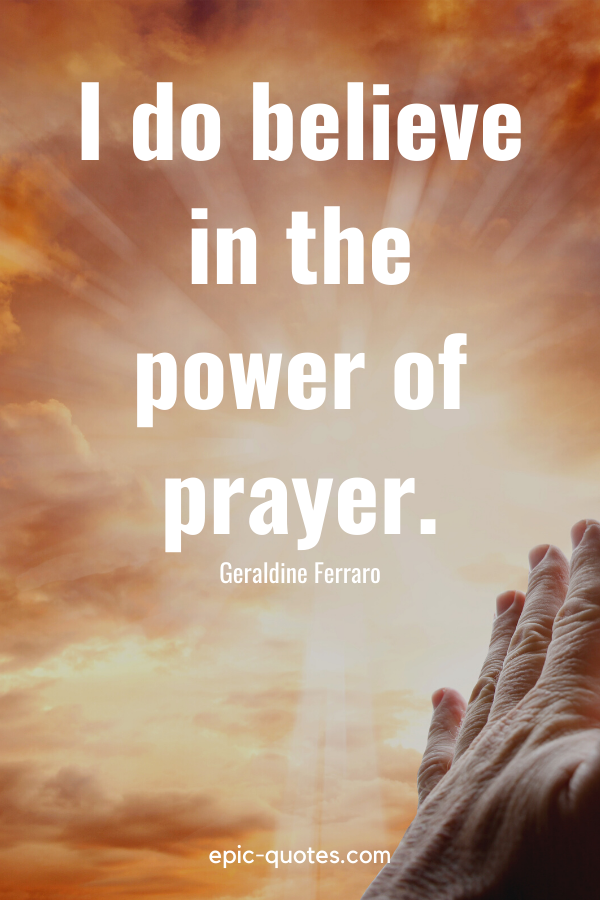 “I do believe in the power of prayer.” -Geraldine Ferraro 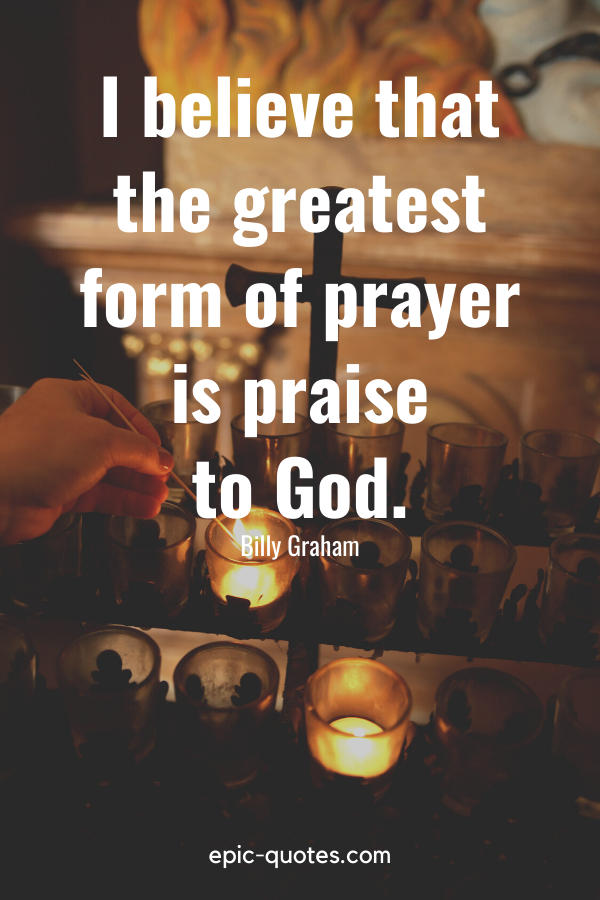 “I believe that the greatest form of prayer is praise to God.” -Billy Graham 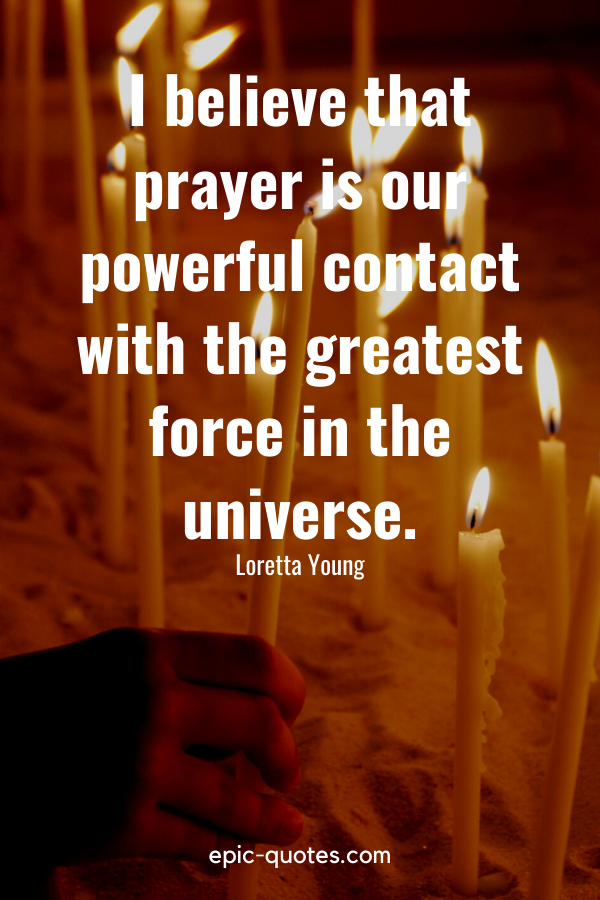 “I believe that prayer is our powerful contact with the greatest force in the universe.” -Loretta Young 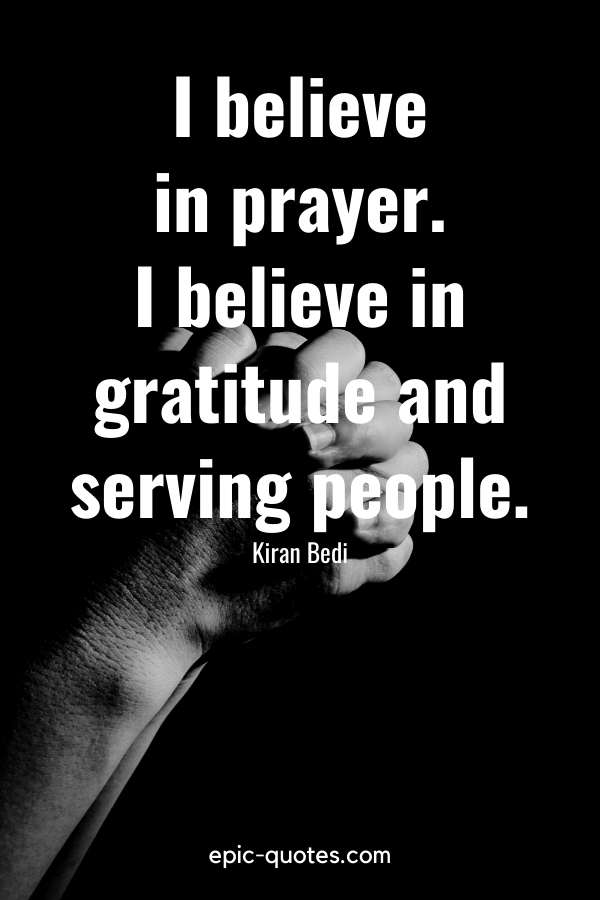 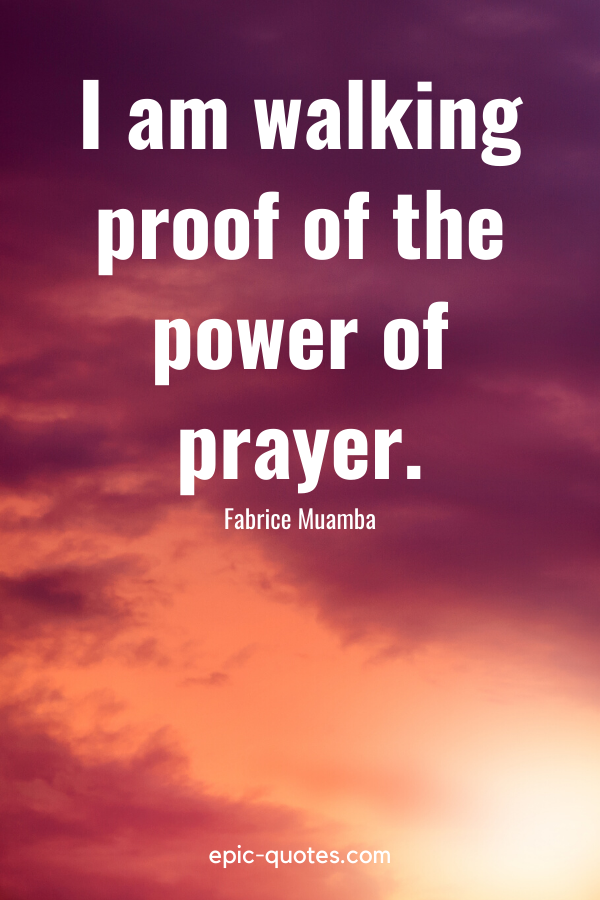 “I am walking proof of the power of prayer.” -Fabrice Muamba